A crowd of CER met at The Gallery where I had planned a fast ride to Denbigh.  So I set off west on a cold foggy day looking for the sun, along with Clive, Ray and Steve, also looking for a faster ride.  Once on top of Halkyn Mountain, the cold mist was blown away to reveal a sunny 15˚ C.  Glorious weather, the warmth made up for the fast pace.
Unfortunately, for the third week in a row, after an hour my gears refused to move from the top two cogs, despite repeated visits to C O C to adjust/fix/cure it. Delayed now and as both Clive & Ray did not want to be too late home, it was agreed Denbigh was miles too far, so Plan B was started.  Past Babel, we crossed over the A55 on a footbridge at Rhuallt Hill, before dropping down into Dyserth, where the fog arose again.
A fast descent on the old rail track which now doubles as the northern end of Offa’s Dyke path, took us into the CBD of Prestatyn.  It seemed to be closed, save for a car-boot sale in the old goods yard.  Continuing east along the North Wales coast, we crossed the links golf course and exited onto the old coast road at Gronant for our lunch stop.  Cheap & Cheerful was best way to describe The Bells of St Mary’s Carvery at LL19 9TB.  They don’t take bookings as its pile it high and sell it cheap.  The one real ale was dearer than the carvery + all-you-can-eat veg & spuds. 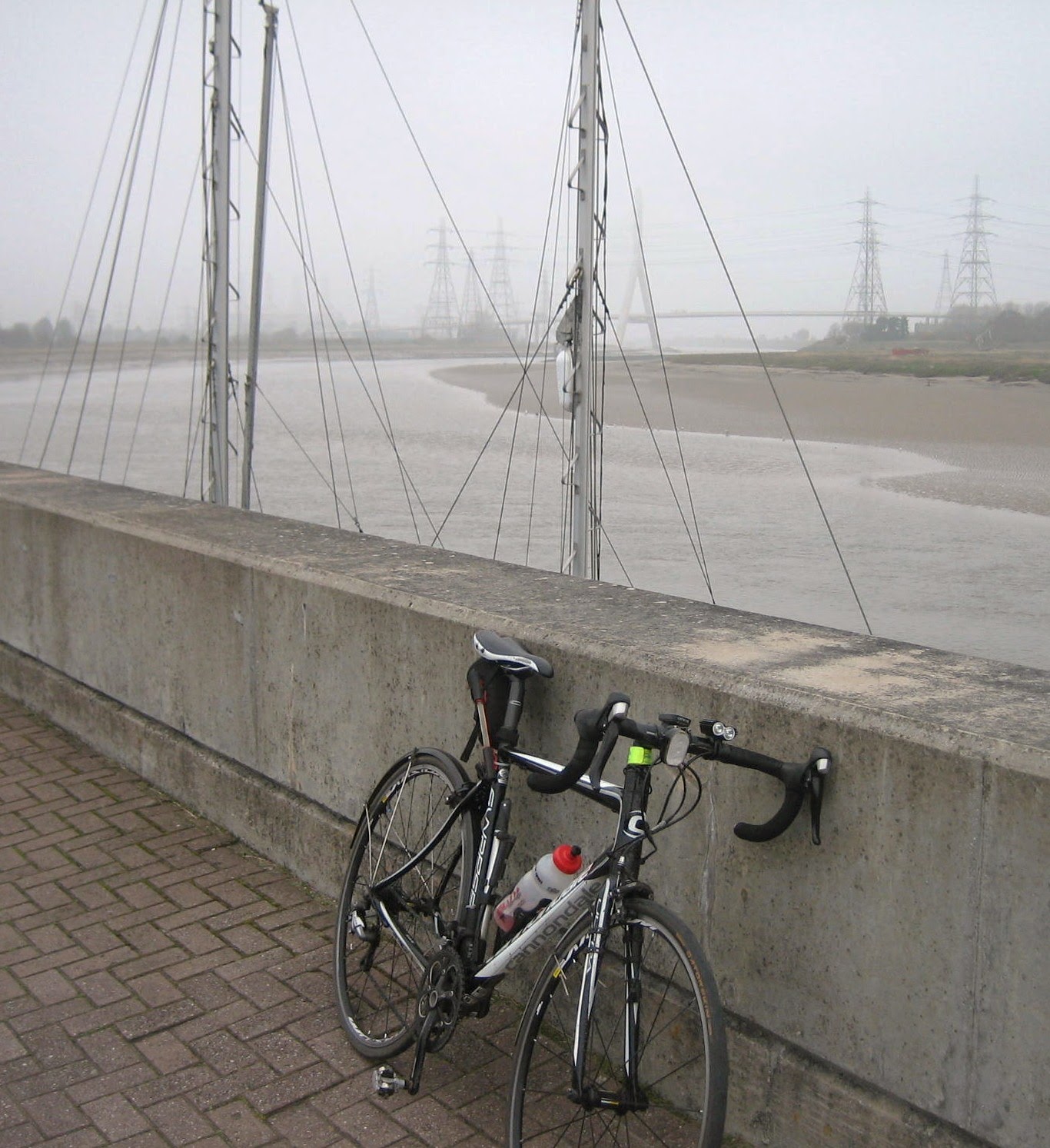 Suitably stuffed with food, we chose the easy option home along the monotonous A548 Coast road through downtown Mostyn, Greenfield and Flint.  Here we had a bomb burst as Ray & Clive went over the “new” Dee bridge (if you look close at the photo, you can just see them). Steve set off for Hawarden and Brian Mac to Wetherspoons.  A hilly, fast, hot and cold 48 miles in total back to the cafe.
BMac