It was well before 10:00, on a cloudy, coldish day when I arrived at Rose Farm to find one or two fellow CER waiting for the cafe to open its doors.  By 10:30, 16 cyclists were poised but two went home early, leaving five to embark on a brisk ride and nine of us to ride leisurely anti-clockwise to Whitchurch.  Our group was composed of many with “excuses” needing to keep the pace down to a leisurely 12-13mph average.  The reasons were either medical (not surprising considering our age) or because at least two had recently returned from NZ and were well out of practise.  Andy, Brian, Bryan, Dave H, Jim, Keith, Paul, Petar and Trevor set off south while the speedsters headed east.
A rather uneventful pleasant ride took us through Clotton and Clutton to Tilston, where the old pub was now a row of luxury detached houses with ornate filigree woodwork.  My original plan was to loop further west but as time was pressing we simply headed south up the long drag to Malpas.  Forking right we flew down through Higher Wych passing Iscoed Park which had been requisitioned, like many stately homes during WW ll, for use as a US Military hospital and POW camp.  We soon found ourselves in Whitchurch, which like many settlements in England, was founded by the Romans as a half-way point between the major camps of Chester and Wroxeter (near Shrewsbury). 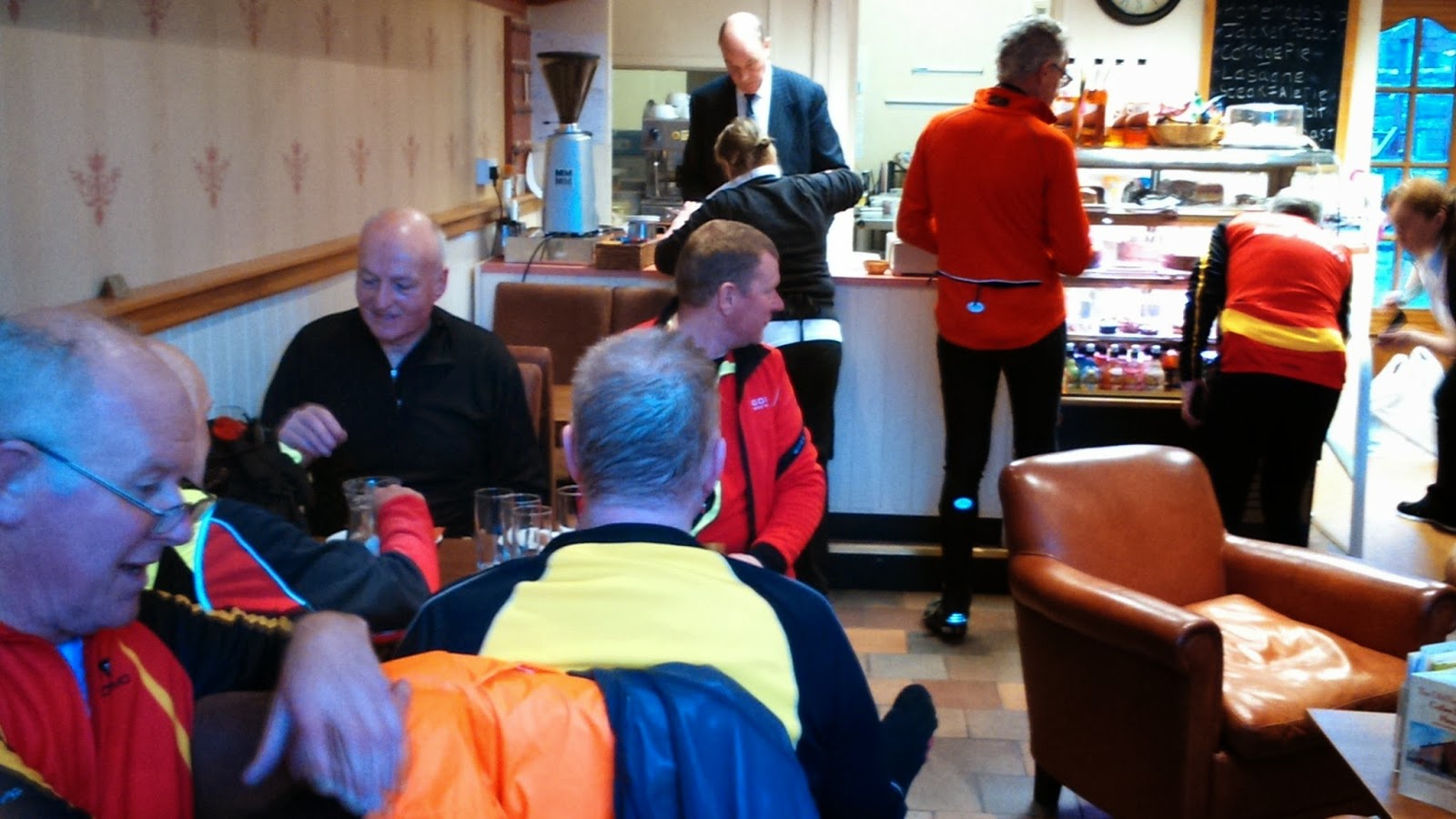 This market town has a few decent CER pubs already but Jim suggested a recently renovated one by the parish church.  I’ll try anything once and The Cock & Greyhound (SY13 1LL) did not disappoint.  Not sure about the name though: it’s one of a chain of 10 pubs in the “Atwillpubs” group of Chester that have “Cock” in the pub-name.  As we were the only folk for lunch between 1 – 2pm, they are going to have to trade a long time before the investors recoup their expensive outlay.  The food and blond was excellent, as was the beer of that name. 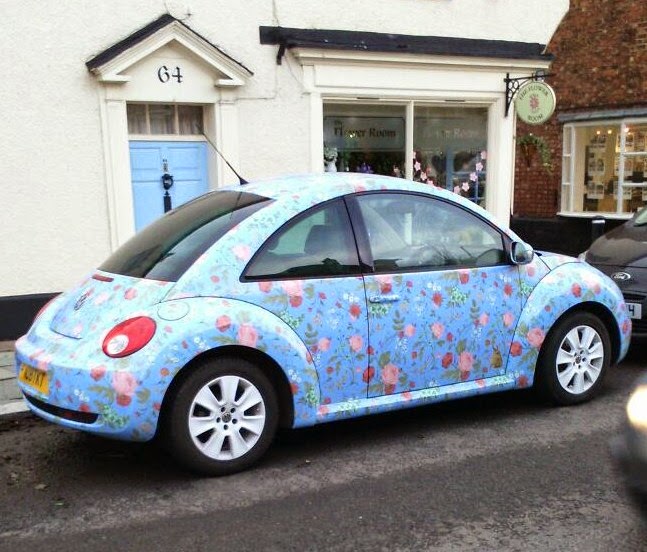 Suitably refreshed, we set off NE to Wrenbury, then tacked north past the three prominent castles and the Shady Oak for a well-earned afternoon tea at The Old Fire Station in Tarporley.  As my earlier photos of the group were rubbish, I took a picture of this flowery VW outside the cafe.  After negotiating round the Bentleys and Range Rovers, we returned to Utkinton, while Paul and I headed for Chester.  An enjoyable CER day with a bonus mile ridden above the original 45 promised.
See route map and/or gpx file download.
BMac