A good-sized group assembled at the Roodee café, no doubt encouraged by recent forecasts of warmer weather at last. Dave H even broke out the shorts! 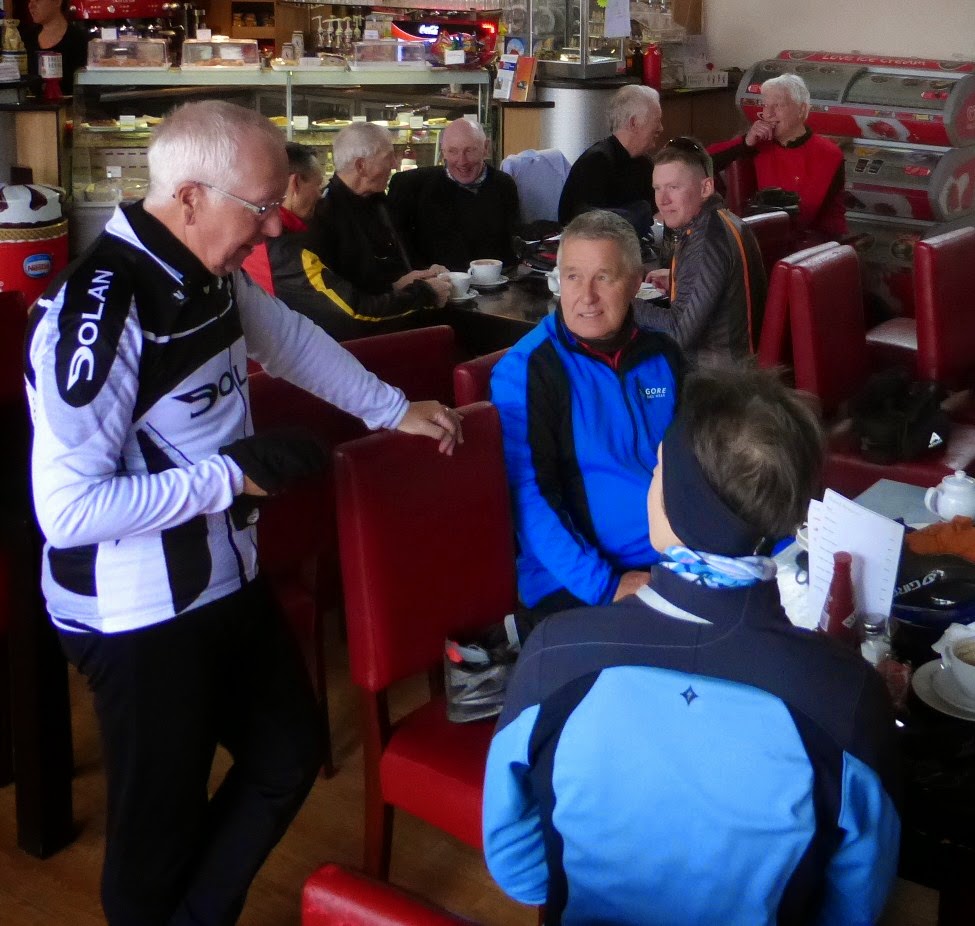 The moderate riders were Dave and Liz on the tandem, Trevor, Keith, Dave H, George, Liz D, Brian Mac, Dave M and Jim.  Dave H had to adjust his back brake before we set off, which appeared to be catching on the rim. Closer inspection revealed a slight warp on the rim. No problem as long as he didn’t use the back brake, and we were heading up into Wales!  Undeterred, we set off over the Old Dee Bridge towards Handbridge and then took the lane to Higher Kinnerton and then Hope. We crossed the Alyn valley here, and after a short distance along the Mold Road, turned up unto the lane that took us up over the shoulder of Hope Mountain. Coming down the other side into Treuddyn Dave made another inspection of his rim to find a small crack about an inch long. As Dave P hadn’t put his welding kit in his bag this week we pressed on cautiously westwards as far as the B5101 towards Ffrith. We then crossed over The Steps into Windy Hill and then down to Alyn Waters Country Park. We continued through the park and into the Wrexham suburbs of Bradley and Gwersyllt before crossing the footbridges over the A483 and a short run down the lane to the Pant yr Ochain. A more detailed inspection of Dave’s rim led to the conclusion that it was not safe to be ridden any further and he would have to stay at the pub until we came back with the van. Life is full of little inconveniences! 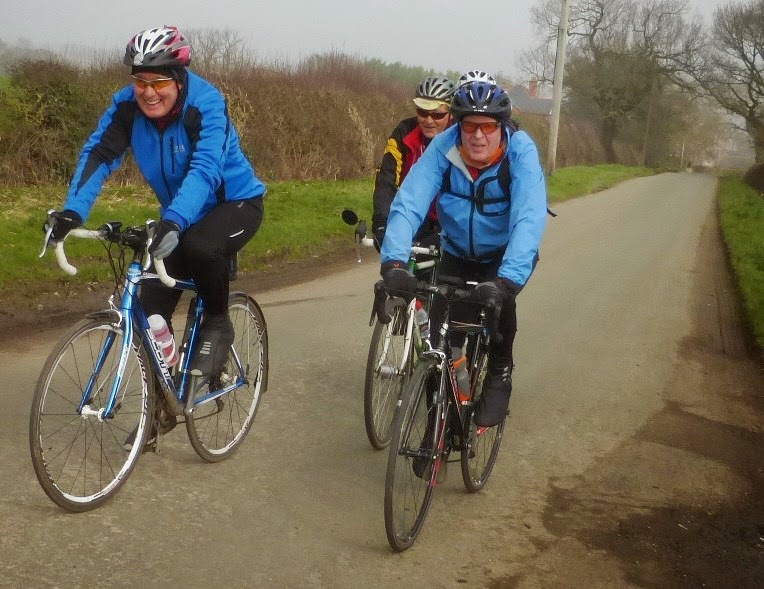 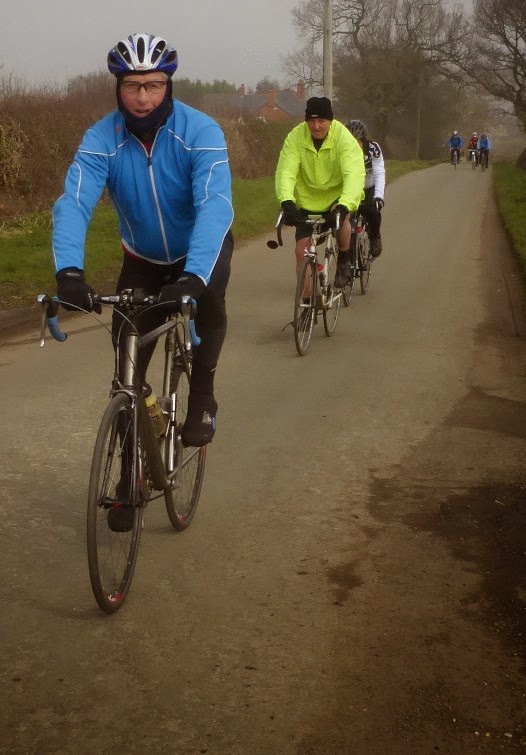 The restaurant was very busy, but we were soon sitting down at a table for 12 where we had our Xmas lunch a few years ago. The food was good quality if a little pricey and plans were drawn up for the afternoon. Trevor, George and Dave M were to continue with the original ride down to Holt returning past the Ice Cream Farm, while the rest of us set off for the shorter ride down Gresford Hill and along the Pulford Road to Chester. Brian Mac and Liz left us here for the bridge at Queensferry, while Dave and Liz P peeled off at Queens Park leaving myself and Keith of the original 10.
We picked up the van and set off back towards the pub along the Eccleston Road just in case Dave had managed to fabricate some sort of temporary repair. We had just reached the Old Dee Bridge when he appeared pedalling towards us, having managed to strengthen the rim with some garden zip ties! Quite an interesting afternoon of about 37 miles or 42 miles or 47 miles depending on which route was selected for the journey back.
JD