I’m glad I phoned the intended lunch pub on Tuesday night to warn them about us coming today – I said I would confirm definite numbers at 10:30 on Thurs morning, which I did.  The Cunning Plan was to ride a giant O, clockwise to The Bickerton Poacher, but we ended up as a Capital D.  But more of that later.  All my recent rides as leader have had sunny weather and today was no different.  With a large cash win at Christmas in my local pub quiz, plus a sunny dry day forecast, I felt on top of the world today.  The prospect of some of this (sun, not cash) rubbing off onto the others resulted in eleven turning out, which I think is a record for this time of year.  Andy, Clive, Borneo Dominic & his Pop, Dave’s M & H, Jim, Ray, Steve, Trevor & yours truly.

The morning ride of 24 miles went without incident, travelling clockwise through Delamere Forest, Cotebrook, Oulton Park, Wettenhall and dog-legged the A51 to Bunbury.  We then crossed the A49 at Spurstow and continued SW to arrive at the pub just a few minutes late.
I had cribbed this route from a previous one of three years ago that I had not ridden and simply reversed the direction.  Likewise I chose The Bickerton Poacher as I had often heard of it but had never visited.  If the landlady had told at 10:30 this morning that there were going to be 25 – 30 “poachers” in front of us, I would have chosen elsewhere on the day.  A 70 minute wait for our food when winter daylight is limited, was simply met with more beer drinking.  When the food came, comments I heard were “small portions for the price” and “fish & chips in the fryer too long”.  I for one will not be returning. 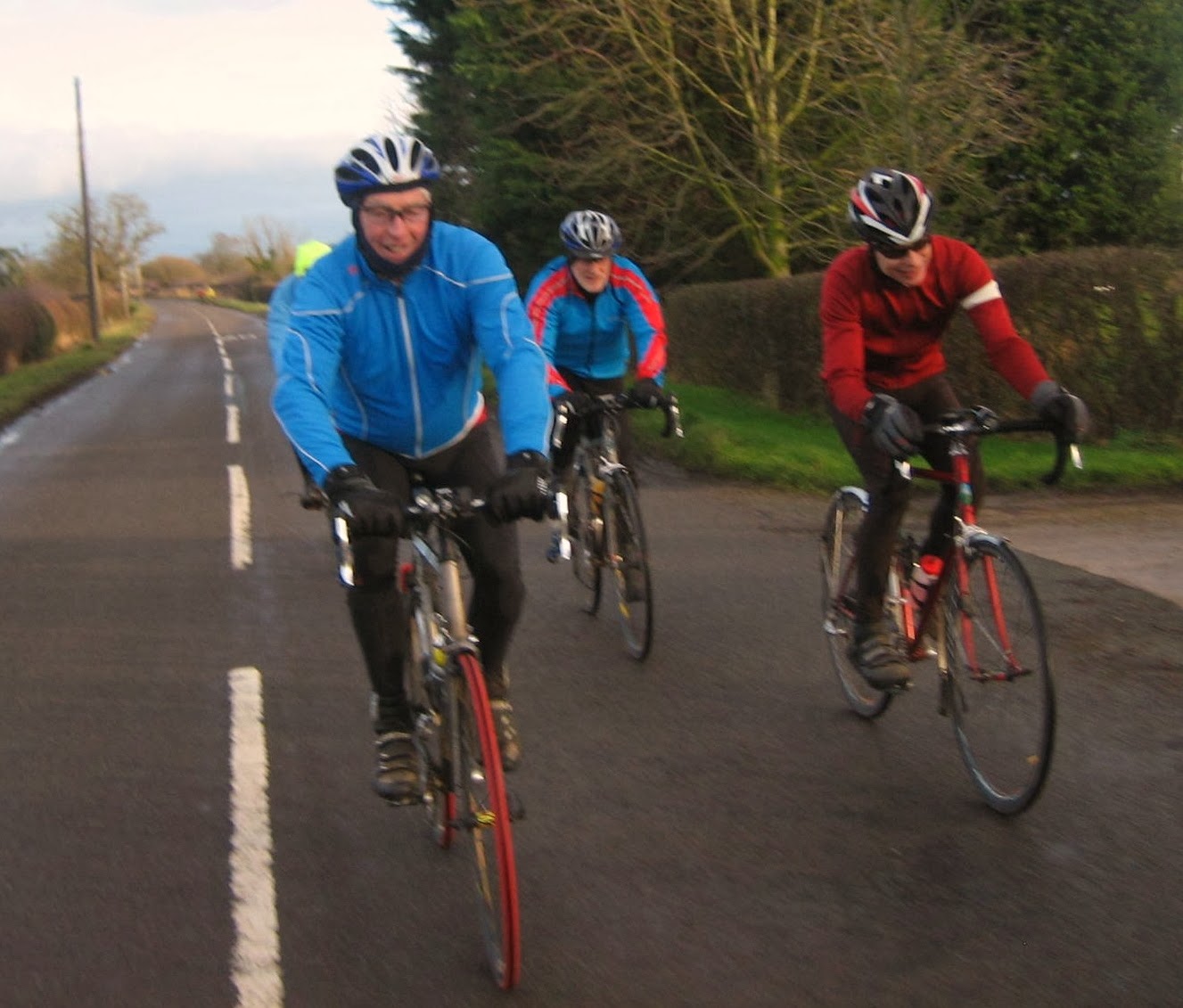 Leaving at 14:20, I upped the pace back in a northerly direction, shedding riders left & right as we passed Peckforton & Beeston Castles, Huxley and one of 2 Cheshire Burtons, Gowy as opposed to Burton in Wirral.
Continuing North through the Tarvin Metropolis, we passed both the Great & Little Barrows (I couldn’t see any difference in size).  Finishing back at Manley, we still had time to ride home in daylight, having clocked 39 miles at an average of 12.9 mph.  And riders thanked me with a smile on their face, which makes it all worthwhile.
BMac