At last, a dry day forecast, after a series of somewhat damp Thursdays, to enhance our departure from Chirk.
The new café proved to be a surprise, with white tablecloths and smiling, efficient waitresses - not what we are used to at all! A  reasonable sized group of eight met at 10 o’clock sharp to discuss destinations. The brisk group decided to head for Llangollen, while the moderate group of Mike G, Petar, George and myself set off for my circumnavigation of Oswestry. 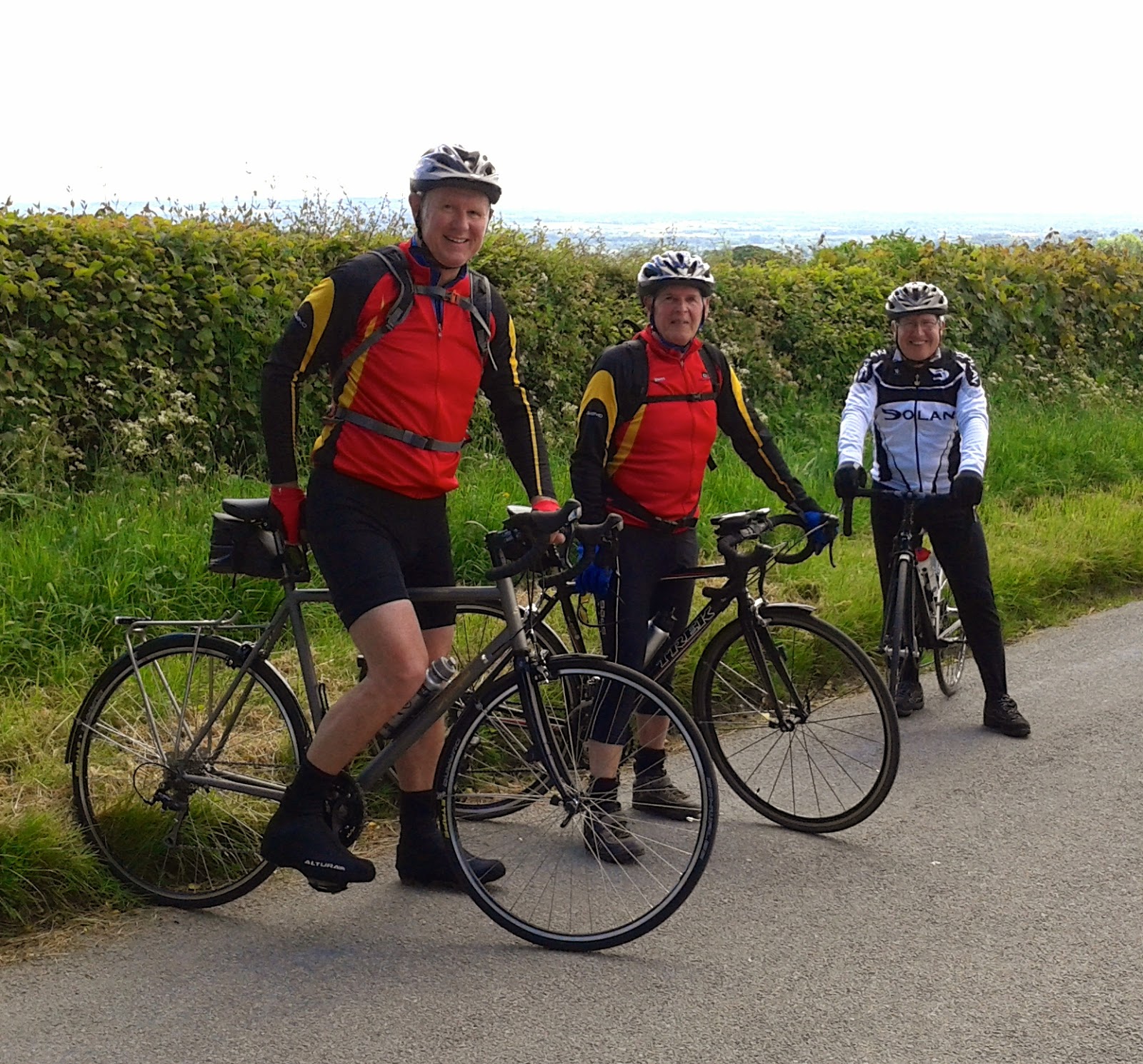 The route was something of an experiment as it had been chosen straight from the map without any prior recce, so it could have been a disaster. As it happened, it worked out very well, with a fairly hilly morning followed by an undulating afternoon. The route took us south to Weston Rhyn and up to Offa's Dyke past the Old Racecourse. The views were impressive along the ridge and we stopped several times to enjoy the panorama and to try to identify the hills to the south. A detour through  Creosau Bach took us in a loop round Trefonen and through a ford to give Petar’s new bike a good work out. 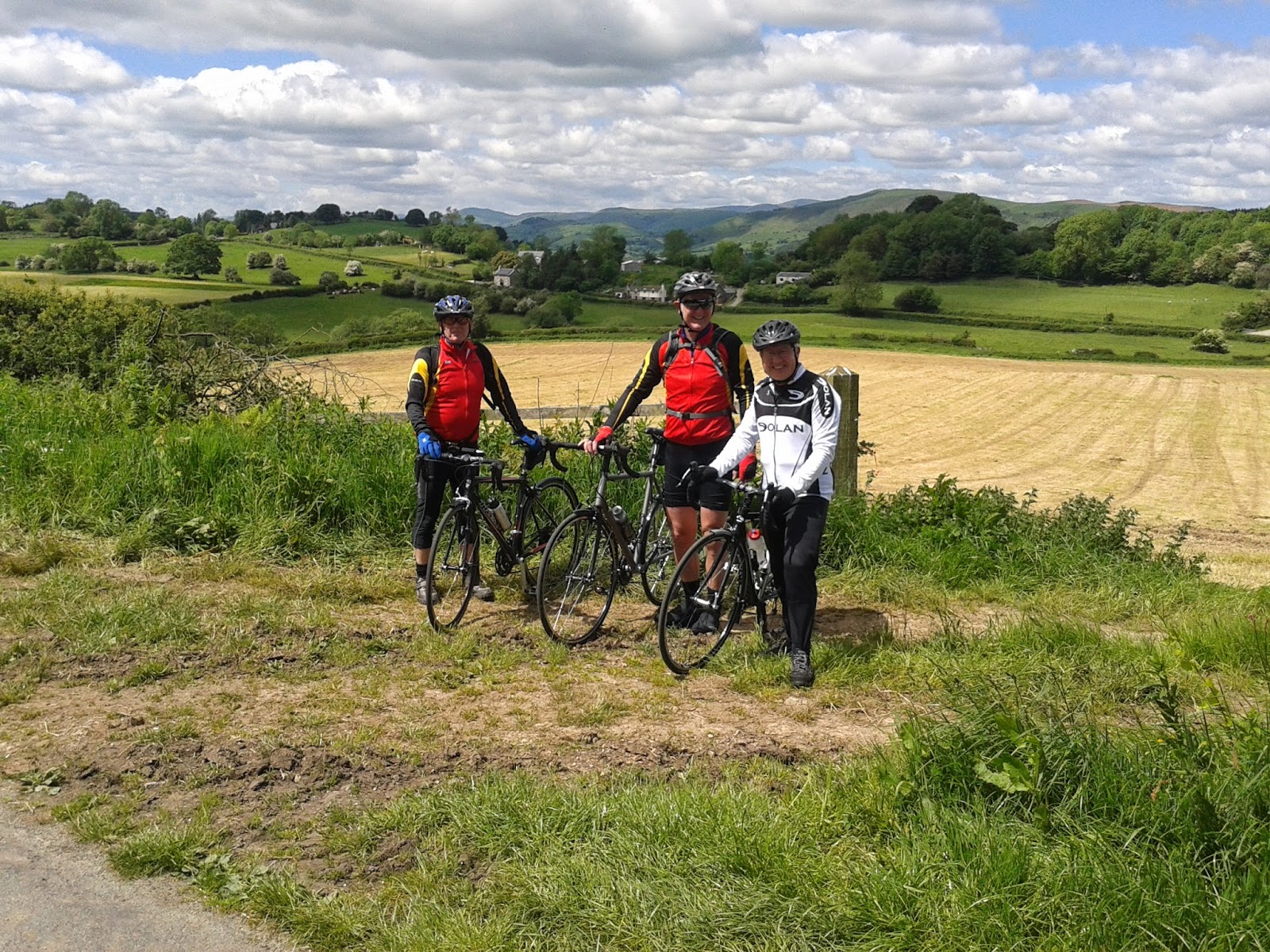 Eastwards to Morda took us to the south of Oswestry and on to lunch at the Navigation Inn at Maesbury Marsh. The local brew, Shropshire Lass, proved popular with some, and the food was very good quality. Definitely a recommended stop.
Mike could remember much of the return route from one of the CTC longer rides, so we set off still eastwards for Stanwardine in the Fields. Turning north in the village we swept through pleasant lanes up to Lower Frankton and Welsh Frankton, before crossing the A5 at a busy traffic island and then taking the old main road back to Chirk.
Nearly 43 miles, and not a drop of rain in sight. Perhaps Chirk isn’t too bad a starting point after all!
JD