Clive, Dave & Liz P, Liz & Martin D, Ray, Steve and 3rd week-in-a-row Paul all met at Alyn Waters Country Park café.  I also went to Alyn Waters C P for the first time, only to discover no café; there are two parks on opposite sides of the valley and I was in the other one.  Ah well, they wouldn’t go without me as I had said that I would lead a ride.  Having found a useful 1:100,000 road map that shows every white road & chevron, I thought I would lead on what turned out to be a bright, sunny winter’s day.  I again re-cycled one of Bryan’s rides from two years ago, only this time going in the opposite direction.
Using the clock-face analogy for the route, we went anti-clockwise from 5 o’clock, through Llay, Ffrith & Nercwys, round to 2 o’clock at Gwernyminydd; here we cycled The 2013 Tour of Britain, stage 4; well, all 200 metres uphill, as the photo shows. 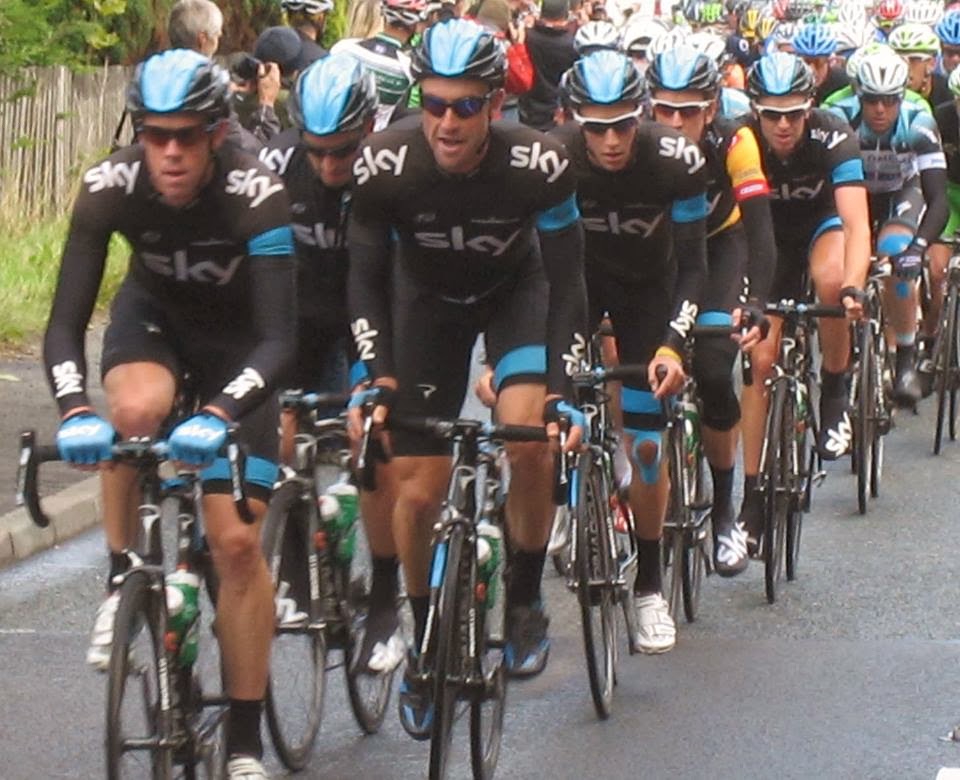 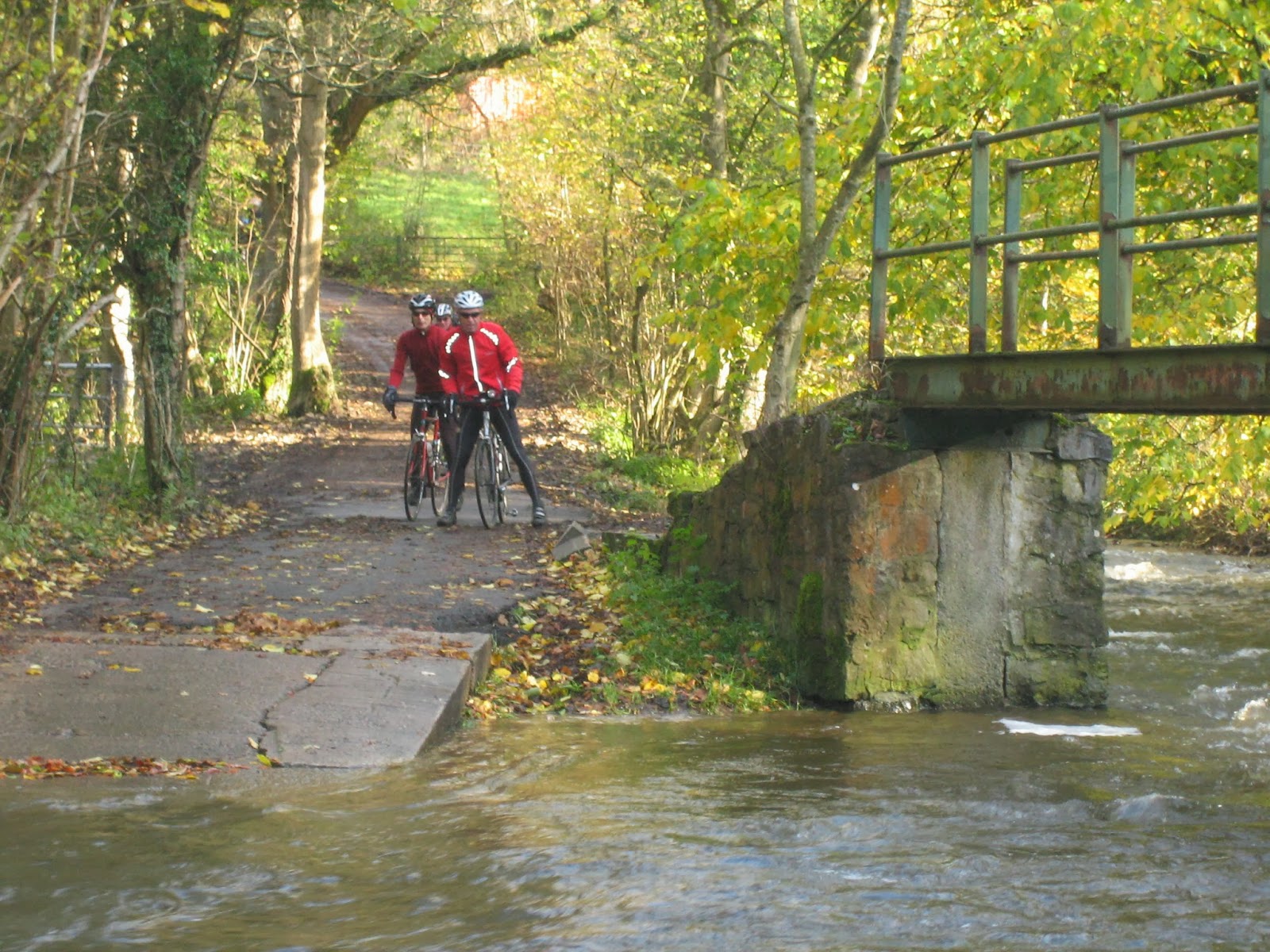 Here Dave & Liz took a short cut to the pub, while we continued past 12 noon (literally & metaphorically) to the ford at Gwernaffield.  The current here was too strong to cycle through this time, but the ford did afford a photo stop.
Continuing backwards round the clock, we stopped at “10:00” at The Miners Arms, in the old lead village of Maeshafn, where once again we had excellent beer & food.  Suitably refreshed, we headed south down a very steep winding hill into Llanarmon at “08:00”, past Four Crosses and then to Bwlchgwyn at “18:00”.  The village name translates to English as “white hill”, as snow falls first and last hereabouts; at 1,090ft, it’s reputedly the highest village in Wales, along with Torfaen.
Continuing down the Steps, we finished back at Alyn, having completed a total of 3,171ft climbing and a very enjoyable 32 miles.
See route map and/or gpx file download.
BMac