On arriving at the tea rooms in Chirk there were already a group of CER riders ready to enjoy another Thursday of sunshine riding!  Jim had a ride sorted and I offered an alternative that was accepted by Tom.
Tom and I set off turning right and riding along the Ceiriog valley which was bathed in sunshine with the odd tree already changing and turning golden/brown.  We took the old road to Llanarmon and kept left through the town going up and over the good single-track road to somewhere!!  This was a steady climb and the decent was fast.  We arrived at a brown sign pointing to Radyr waterfalls so set off to view. 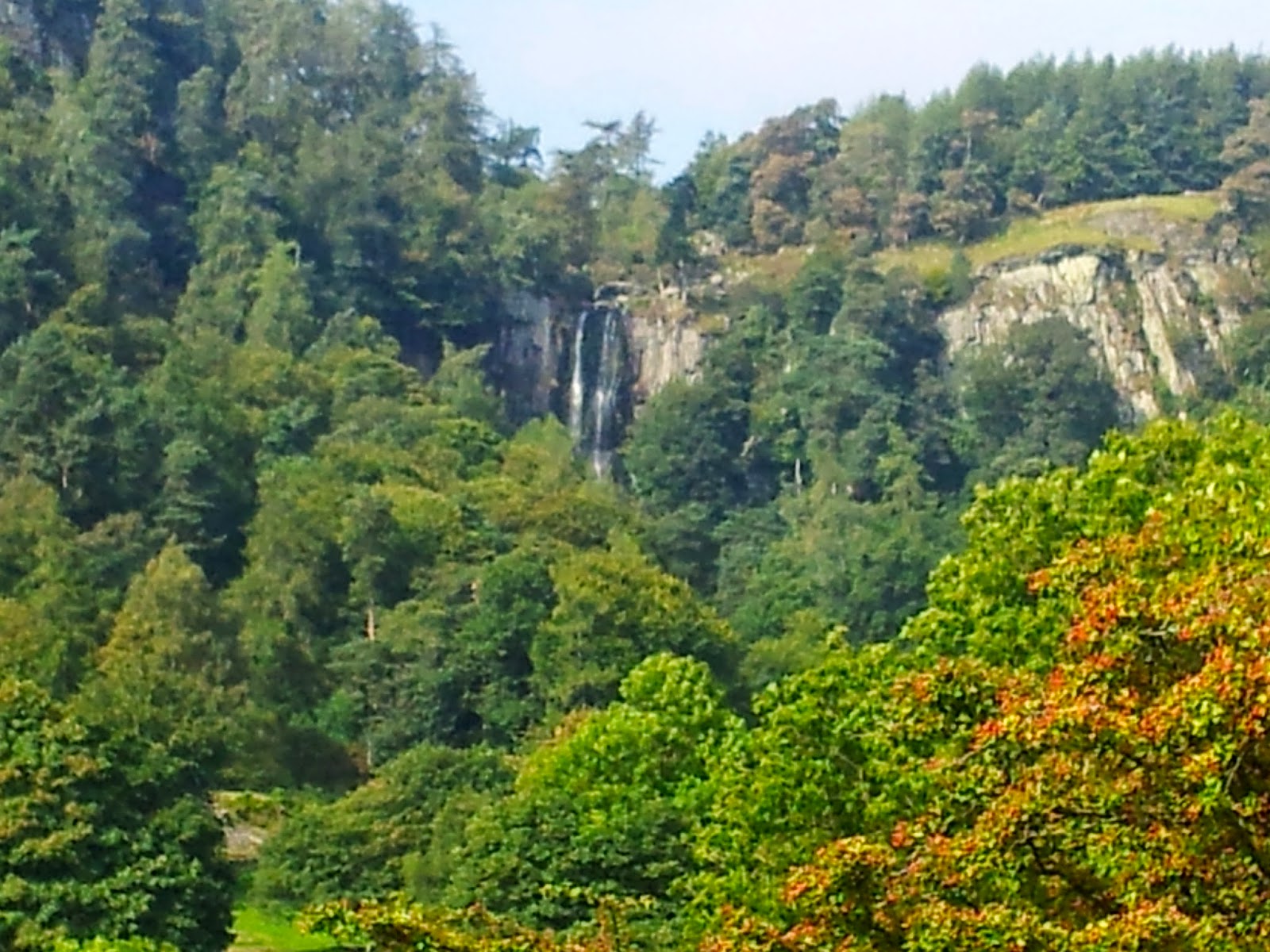 We returned along the same road to Llangedwyn arriving just after midday.  Although advised three good inns in the town I had looked at the Green Inn at Llangedwyn so decided to stick with the plan.  Our route forward out of the town was blocked with a large HGV struggling to turn round so offered my assistance to the driver and we duly turned him around and received hoots and thanks (all in a days ride).
Arriving at the Green Inn, Tom and I were not disappointed with the choice and sat out in the garden letting our limbs relax in the sunshine.  Topic of conversation to hot for the blog but informative!!
We had enjoyed some good climbing to this point and Tom was tucking into his large lunch when I advised him we still had two lumps to get over yet so he decided to put knife and fork down.
Leaving Llangedwyn we set off at a fair pace and were soon climbing again through Trefonen and on to Oswestry.  Through the town which was as usual busy, going up hill again to Selattyn.  We cruised down to Western Rhyn and were lucky to miss a fast motorist heading in the opposite direction and arrived back at Chirk at 15:00.
Tom put his bike in the car and we retired to the Hand to watch the final 20k of the bike race.  A total of 44 miles, 1,100+ meters of climbing and 20˚ C average temp.
Enjoyable day and wish it had been longer.
ID