We were sitting in the sunshine by the canal outside the Shroppie Fly in Audlem having enjoyed a good lunch, when Dave Matthews, our leader, asked for a volunteer to write-up the ride.  As is common, no one leapt to volunteer, and so in the absence of others I stepped forward.
Now, writing the report is a lot easier when you know about it at the start.  Otherwise there are several problems.  It’s easy to note the names of those currently with you on the ride – Dave M, Tom, Paul R, George, Dave H and myself, Steve H.  But who had turned up at the Ice Cream Farm and didn’t join us? This required some prompting to remember it was Jim and Trevor.  And then wasn’t Ray with us?  Yes but he peeled off early at Bunbury as he was preparing for his trip to the Pyrenees.
The next problem is the route, especially as I was missing my satnav.  Some landmarks get fixed in your mind, while others get muddled or maybe lost altogether.  We did set off from Tattenhall towards Bunbury, and then I remember a longish stretch travelling south on the A49 before turning left and ending up travelling through Brindley and Ravensmoor.  We headed more or less due south after that to join the A525 heading into Audlem, turning off by the canal to the Shroppie Fly (apparently a fast boat used on the canals). 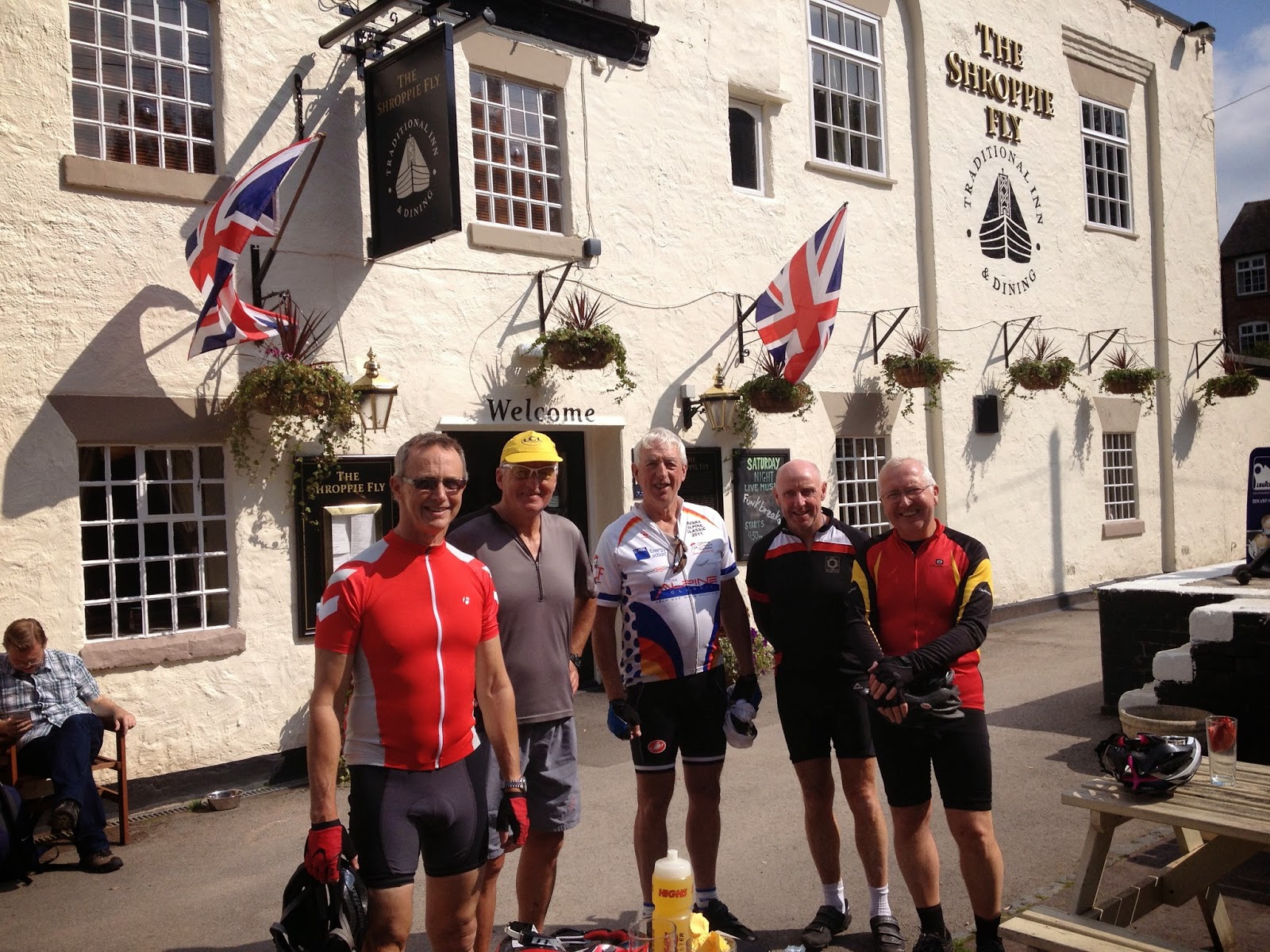 Aware of my responsibilities, the return journey fixed itself better in my mind. We left Audlem by the same route, but veered more to the west.  We sped past our regular haunt, the Bhurtpore Arms in Aston, but instead of using the level crossing in Wrenbury, we passed through Marbury and Bickley.  Soon we reached the perimeter of Cholmondely Castle grounds and turned left to Bickerton.  We joined the main road and passed by the Bickerton Poacher, Peckforton and Beeston Castle where Dave M left for the quick route home.  A brief conference among the remainder agreed that tea and cakes were needed, so we returned to the Ice Cream Farm.
A good ride overall in very pleasant September weather with good company - we wondered how many more fine Thursdays we had before autumn would set in properly.  How many miles? Maybe 45-50.
SH