We were in Keith's big black van when we spotted a rider on a black and white bike striving up Wood Lane. The cyclist wasn't George, the Boardman flash of yellow told us that, but he was heading to Rose Farm in order to join us. His name was John and he had already, inadvertently, completed a Tour de Delamere in trying to reach our meeting place. John was made very welcome, and I hope we see him again. On hearing our estimated average speeds he chose to give the fast group a try. Jim and Dave M. had turned up but were not riding with us today. 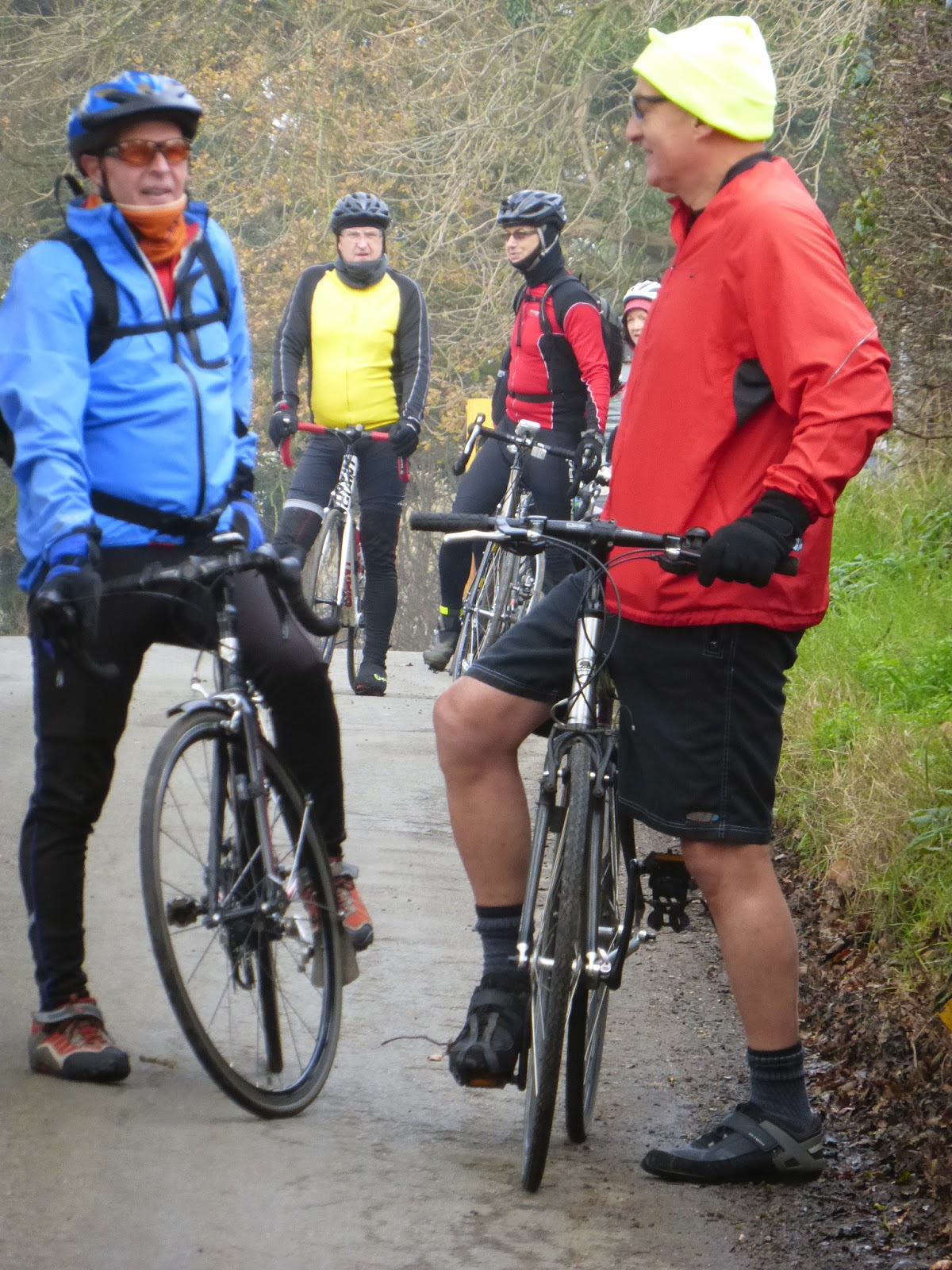 The moderate group consisted of Dave & Liz P, Brian Mac, Andy, Keith, Steve H and myself. Dave Pipe was delayed at the start; I think it was his wardrobe manager demanding a productivity bonus before signing up with the tandem for the winter season. We were soon wafting down to Cotebrook and then Rushton on the southern, crumble-brick boundary of Oulton Park. The roads are pretty flat to Nantwich via Wettenhall and Rease Heath, and it was great to chat and take in the scenery without any pressure of pace. Welsh Row has such a delightful variety of historic architecture that I often find myself wandering which house I would most like to live in. We peeled off to go through the park and avoid the lights, crossing the River Weaver in doing so. Shewbridge Road then took us alongside Nantwich Lake, and we were now on a leg of the route that I had little or no experience of. However, once we had turned left off the A530 onto Coole Lane, everything was relatively straightforward. The route in my head remembered from my paper map, and a reasonable sense of direction, had us turning right at Back Coole Lane and again at Sheppenhall Lane without the need for checking. Andy was trying to be useful, but with the limitations of his GPS and his lack of local knowledge, I may as well have asked Ed Miliband the way forward. 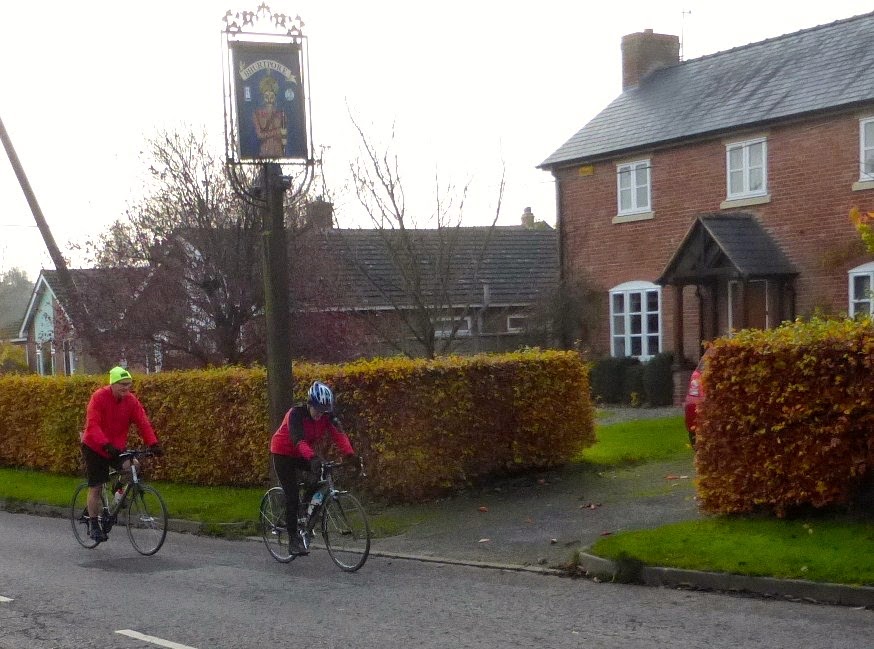 We reached Aston at a brisk rate, with the tandem easing off to avoid breaking their thermostats. The curries at The Bhurtpore Inn met with approval and the battered fish were huge.
Andy led us out in the afternoon in the direction of Bunbury via Ravensmore and Brindley. We decided to ride to The Fire Station Café in Tarporley for afternoon tea and cake, where we received a warm welcome. It has to be noted that it was exceedingly difficult to pass Tilly's, and head for Tilstone Bank instead!  On reaching Rose Farm, fresh tarmac was being laid right across the entrance, and Keith had to use his charm!!! on the workmen in order to retrieve his van. A very relaxed, true easy ride, and another good turnout. About 40 miles return from Utkinton. Let's keep this up throughout the winter if we can.
DH