The first Thursday in December is traditionally our Christmas Lunch Ride and this year was no exception. In a moment of madness I volunteered to organise it. However, it did give me the opportunity to choose a venue which would leave me with a fairly short ride home after a large lunch - so maybe not so mad after all! I chose the Stamford Bridge Inn near Great Barrow. Apart from it being close to home it is also a sister pub to the Boathouse at Parkgate where we had enjoyed our Christmas lunch the year before so I anticipated that the food would again be good. 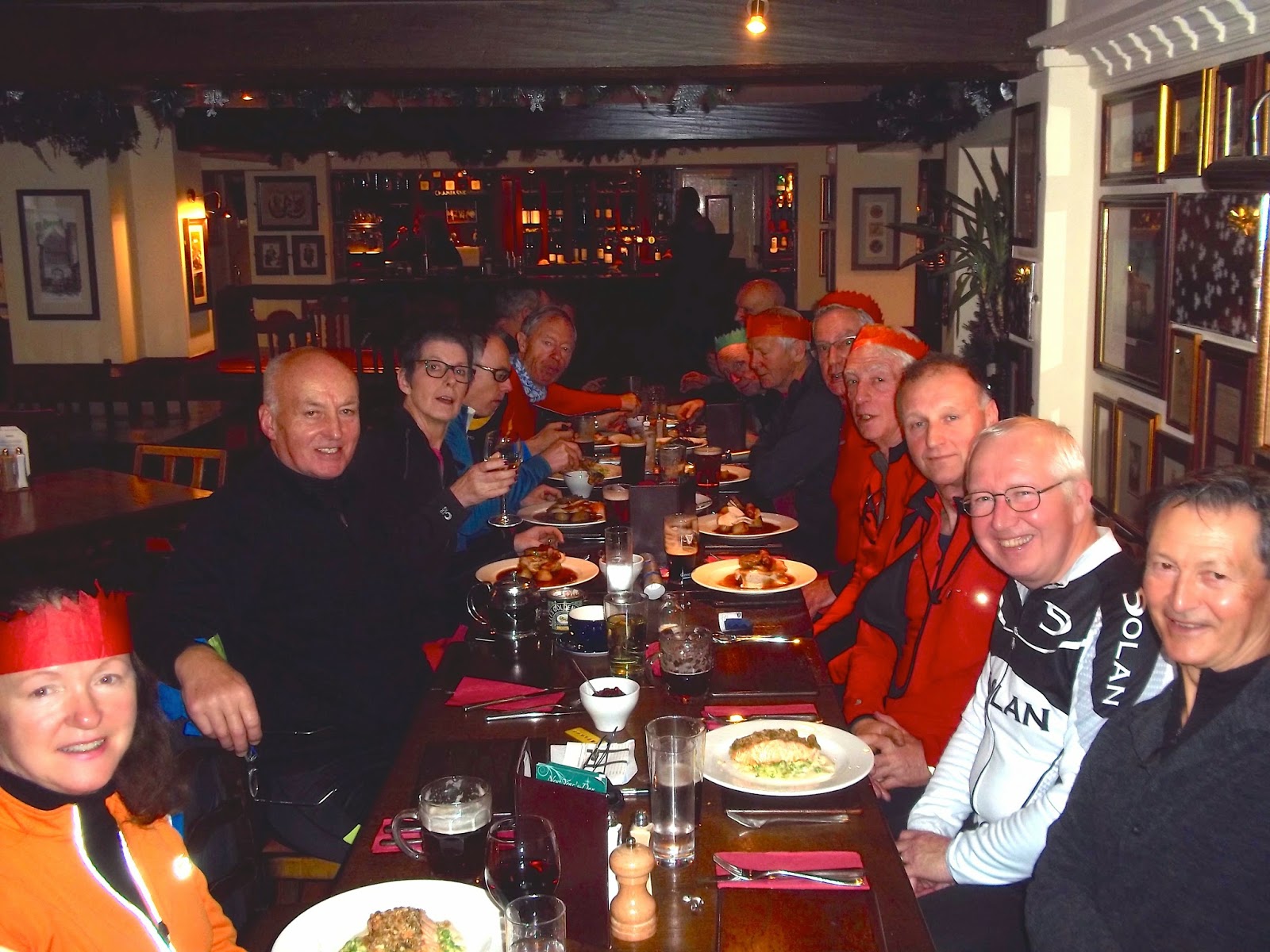 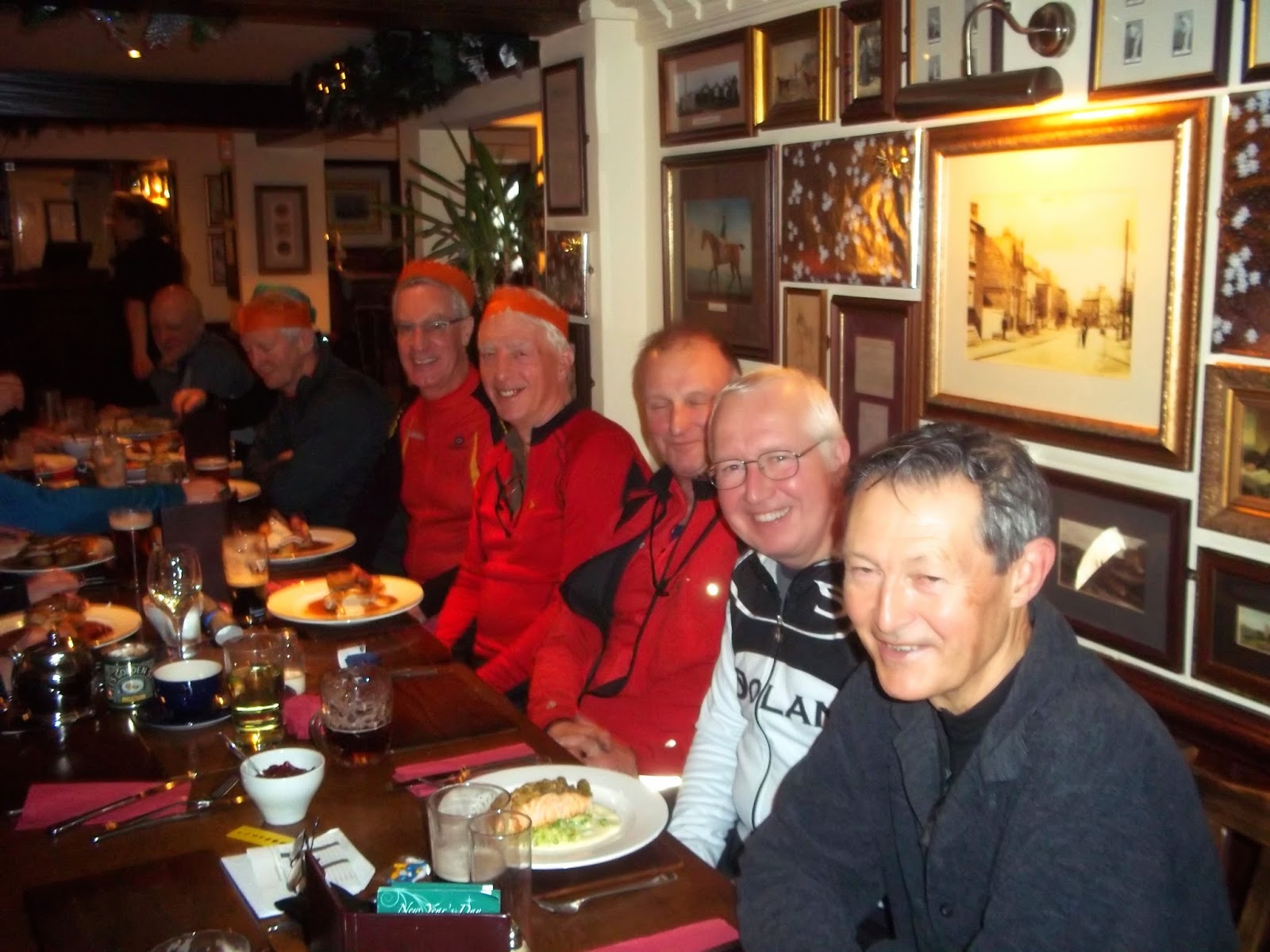 Seventeen of us had signed up for the lunch. Unfortunately one of us was taken ill overnight (hope you get well soon, Brian Mac) and with 5 riders choosing to make their own way to the lunch 11 of us set off from the Little Roodee. These were Andy, Bryan, Clive, Dave H, David M, George, Ivan, Ray, Steve H, Tom and myself. We headed out along the banks of the River Dee and skirted round Grosvenor Park to emerge on to Boughton. A short dash along the main road took us past the impressive new Waitrose building before turning left into Hoole Lane, which would take us in the direction of the Stamford Bridge. Now since the Stamford Bridge is only 6 miles from the Little Roodee a bit of a diversion was called for to avoid arriving at 2 hours too early. So, after crossing the A41 we turned right into Hare Lane and headed past the rugby club and across the A51. Then we headed into Christleton and on into Waverton. From there we took the Martins Lane route towards Tattenhall. After turning on to the Tattenhall road we immediately turned left again and cycled up to Huxley. Here we turned left again and in Hoofield turned right into the aptly named Corkscrew Lane. Back across the A51 here and then it was on to Willington & Kelsall.
From here we followed Hollands Lane towards Mouldsworth and from Mouldsworth we headed towards and past the Windsurfing Centre at Manley Mere. A left and right turn took us into Barnhouse Lane, which is the quieter back road into Great Barrow. A short stint down the B-road brought us to our final destination where we met up with Martin & Liz D, Dave & Liz P and Mike.
Here we tucked into an excellent Christmas Lunch thanks to the Stamford Bridge Inn, washed down with one or two selections from their great range of beers. After lunch we all made our own ways home. Thanks to a fairly flat ride we managed 25 miles before lunch. Anyone making their way back to the Little Roodee would have had a 31-mile round trip.
TC