It’s the start of the New Year and looking out of the bedroom window this morning I was delighted to see that, although overcast, the weather was dry and there was no frost.  The forecast was for some wind and rain from 11:00 onwards but it didn’t sound too bad.  That was it then, decision made; it was off to the New Year’s Day meet at The Carden Arms in Tilston via the Blue Moon Café.  By 10:00 as I was preparing to leave home it started spotting with rain.  By 10:15 on the way to the Blue Moon it was definitely raining!  With one bike parked outside when I arrived I guessed that I could at least count on some company on the ride to Tilston.  I joined David Mathews with a cup of tea and we chatted while watching the rain get heavier.  By 10:45 David decided that he was going home to get changed and then drive to Tilston!  I decided to cycle: it’s only rain after all.
Leaving the warmth of the Blue Moon I headed through Handbridge to take Lache Lane south to Dodleston and on to Pulford.  By now the wind was picking up, the rain was unrelenting and progress was slow.  A left in Lavister took me onto the exposed road to Holt straight into the wind driven rain, making riding distinctly unpleasant and leaving me wondering if I shouldn’t have tried an alternative route.  In Holt I resisted the temptation to stop for a coffee in Hildegard’s and crossed the swollen River Dee into Farndon to take the usual route along Wetreins Lane to Tilston in the continuing rain.
There were no more than a dozen bikes outside the Carden Arms this year, clearly demonstrating the effect of the adverse conditions.  In my case sodden gloves that when rung out released a waterfall of rainwater and “waterproof” cycling boots that squelched at the slightest movement. 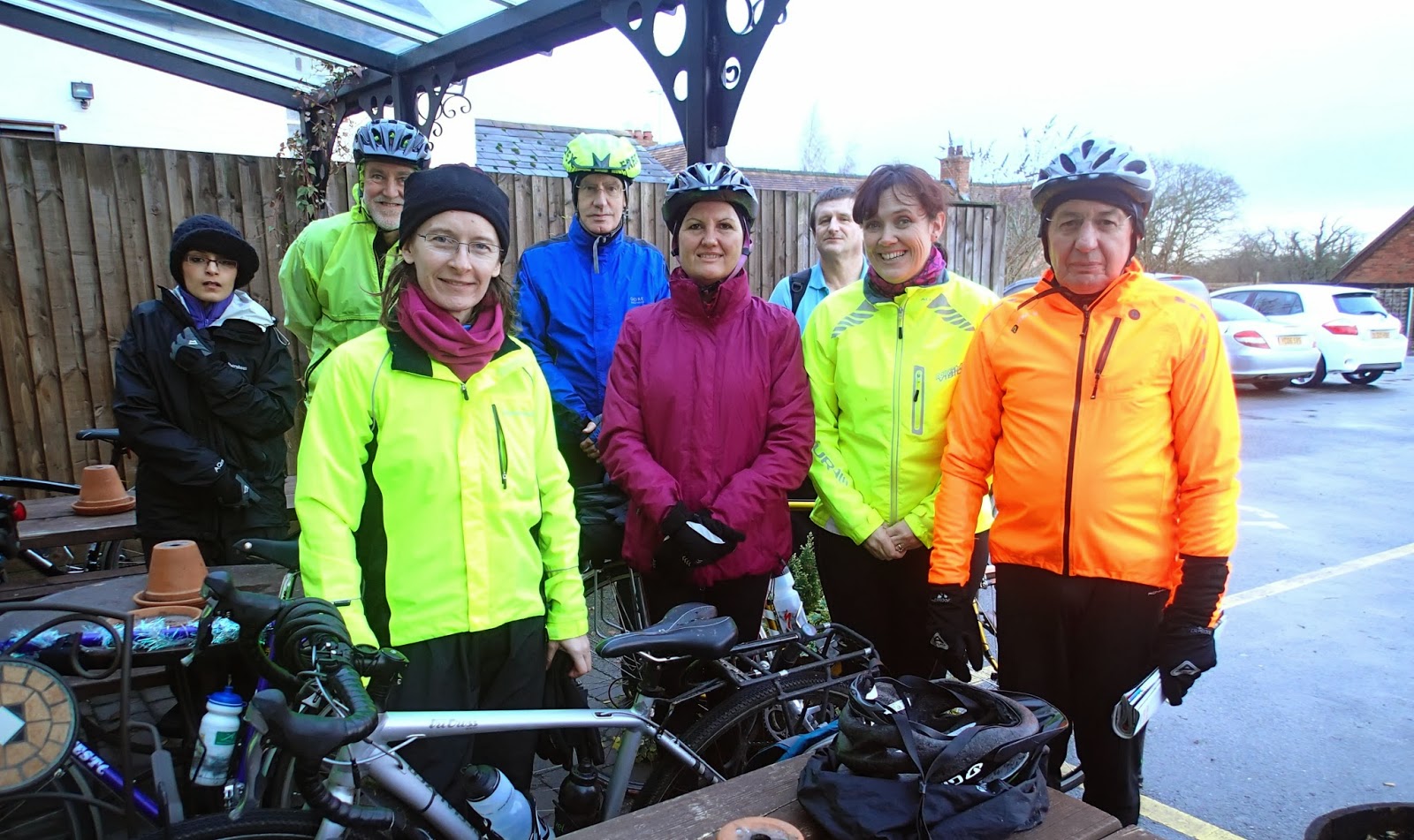 Inside a goodly number of CTC Chester Section members had just arrived and were drying themselves out.  Numbers from the other groups: Mold, Wrexham, Two Mills and Wednesday were sadly few in number this year.  Food was limited to stew or stew but proved to be both appetising and warming.  Just right for a day like this.
After an hour and a half of chat catching up with the latest news and gossip it was time to leave.  By now the rain had stopped and I joined the Chester group for the ride back.  With Sue leading and the wind behind us we made good progress to complete a memorable first ride of 2014 with 35 miles done.
BW