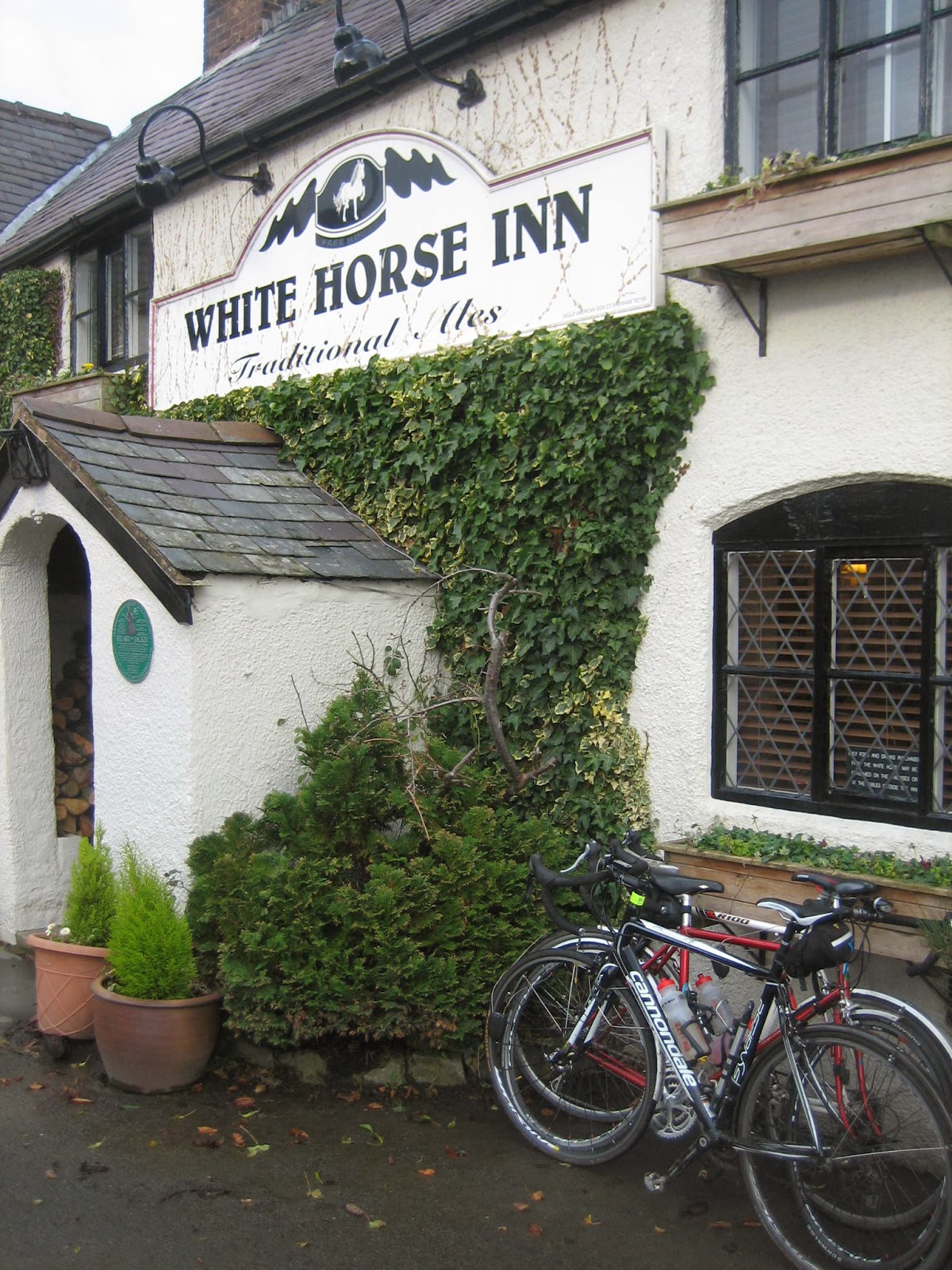 Ray led out Dave H and Brian (who agreed to do the write-up) from The Gallery through Northop, over Halkyn Mountain and down to Lixwm.   The village was said to have been given it’s unusual name by miners who moved to the area from Derbyshire; in their dialect "likesome", or "licksome", was an adjective meaning "pleasant”.  At 3˚C temperature and 22 mph westerlies today, "pleasant” was not how I would describe the area. After a brief sprint along the A541 Mold road, we turned south into the hills for Cilcain, It was only a short ride to the White Horse Inn at Cilcain arriving at the pub for opening time, where we were able to relax over a pint and a cuppa and a choice of hot food and babs.  And superb ginger sponge and custard.

Over lunch, Brian tried his David Bailey skills – the results are attached.  Beer & Lunch was served quickly, unlike last week.  The Smithy House opposite dates from 1572 and the lintel was a log that had solidified like marble. 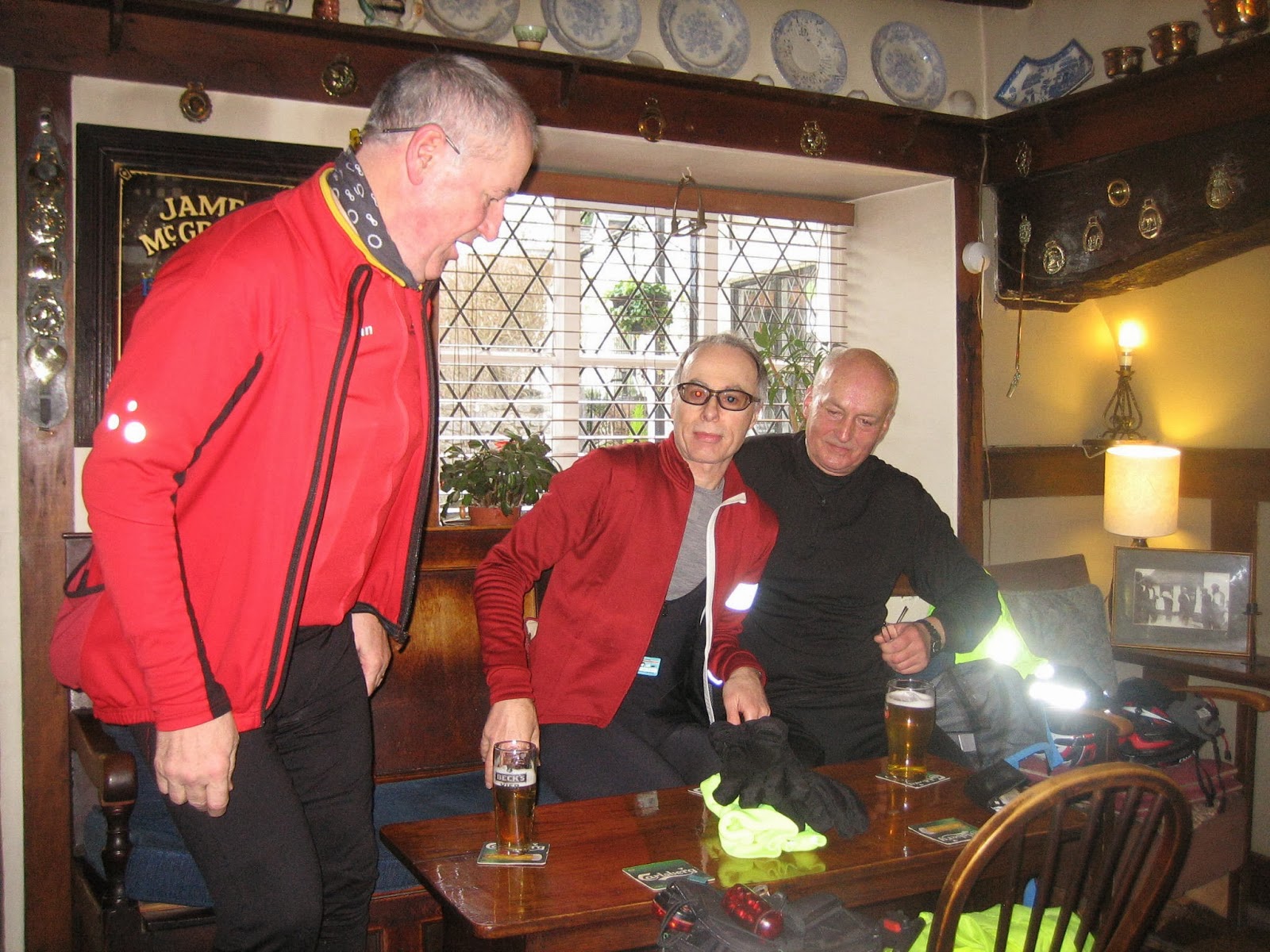 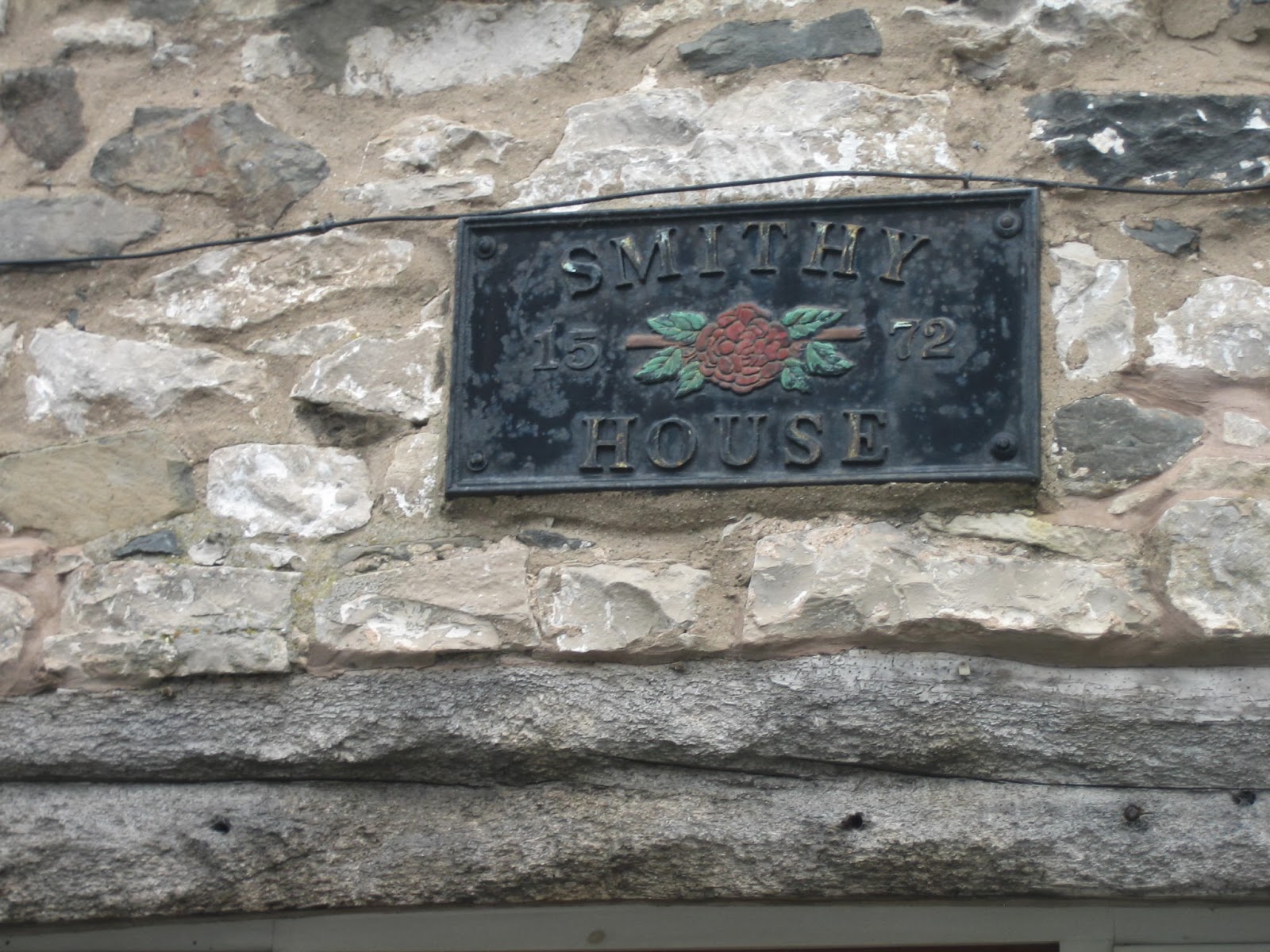 After an hour in front of the log fire, we reluctantly continued south to Llanarmon, before joining the Corwen road at Rhydtalog for the very fast descent down to Penyffordd.  We turned back north through Bilberry Wood, across the footbridge over the A55 for the final run back to Hawarden, where Dave H left us.  Gallery afternoon tea completed, Ray and I continued with the wind behind us down to the Queensferry Bridge, where we went our separate ways.  Well, we may not have covered many miles but with the wind against us on the way out we deserved some treats!  A round trip from Hawarden of 34 miles on a dry and sunny winter’s day.
BMac