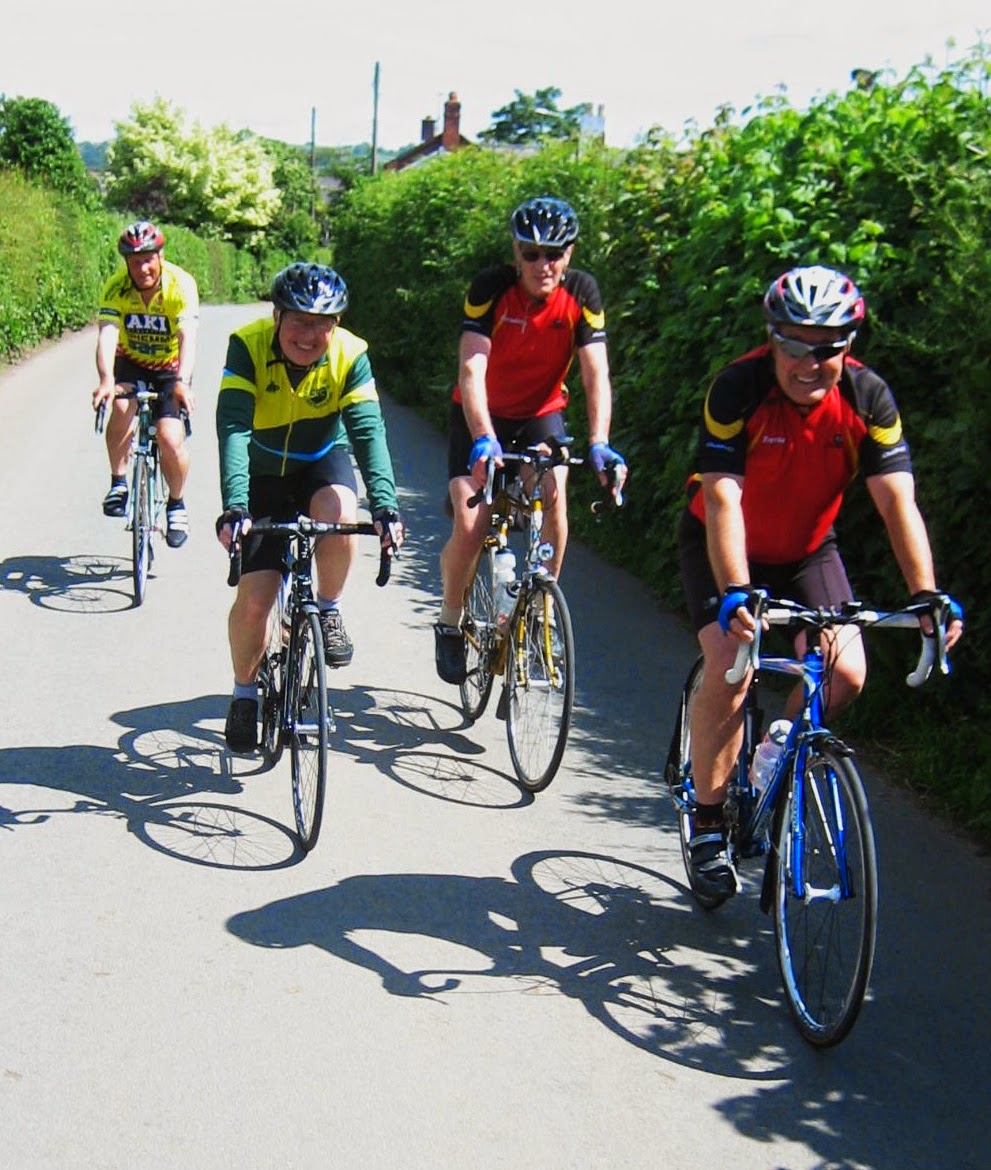 Bryan, Dave & Liz, George, Mike, Trevor were joined at Manley Mere by Brian Mac, recently back from the other Manly in NSW.  I had decided to lead a ride, as I could then set the pace and distance while some strong riders were doing their midsummer 100 miler. I had noticed that most rides from Manly went east towards Knutsford, but fancied a pub to the south that had good reports.  The route out took us without incident, south through Kelsall, Huxley, Tattenhall, to Broxton Hall, home of Mr Iceland himself, where we had a photo stop. Then onwards to The Wheatsheaf at No Mans Heath, 2 miles east of Malpas (tel 01948 820 337) Dave, Liz and Bryan had all peeled off before lunch, leaving just four doing an easy 13 mph average, in true leisurely CER fashion. 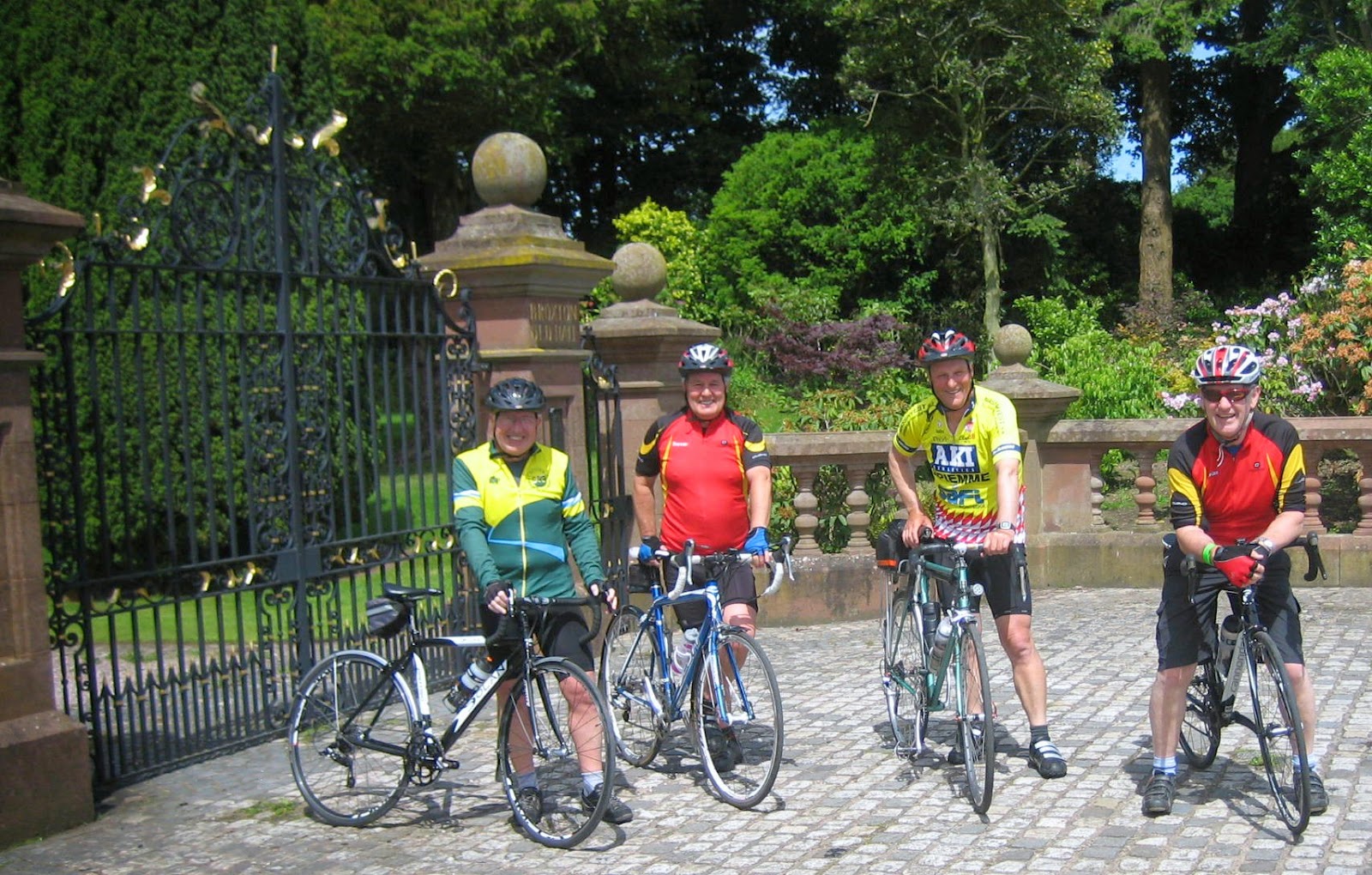 To my knowledge, CER had never been to This Wheatsheaf before, but what a find.  Capitals shouldn’t be used here, but LIME & SODA WAS 40p.  Beat that.  Then it got better.  See the picture of the Specials Board. 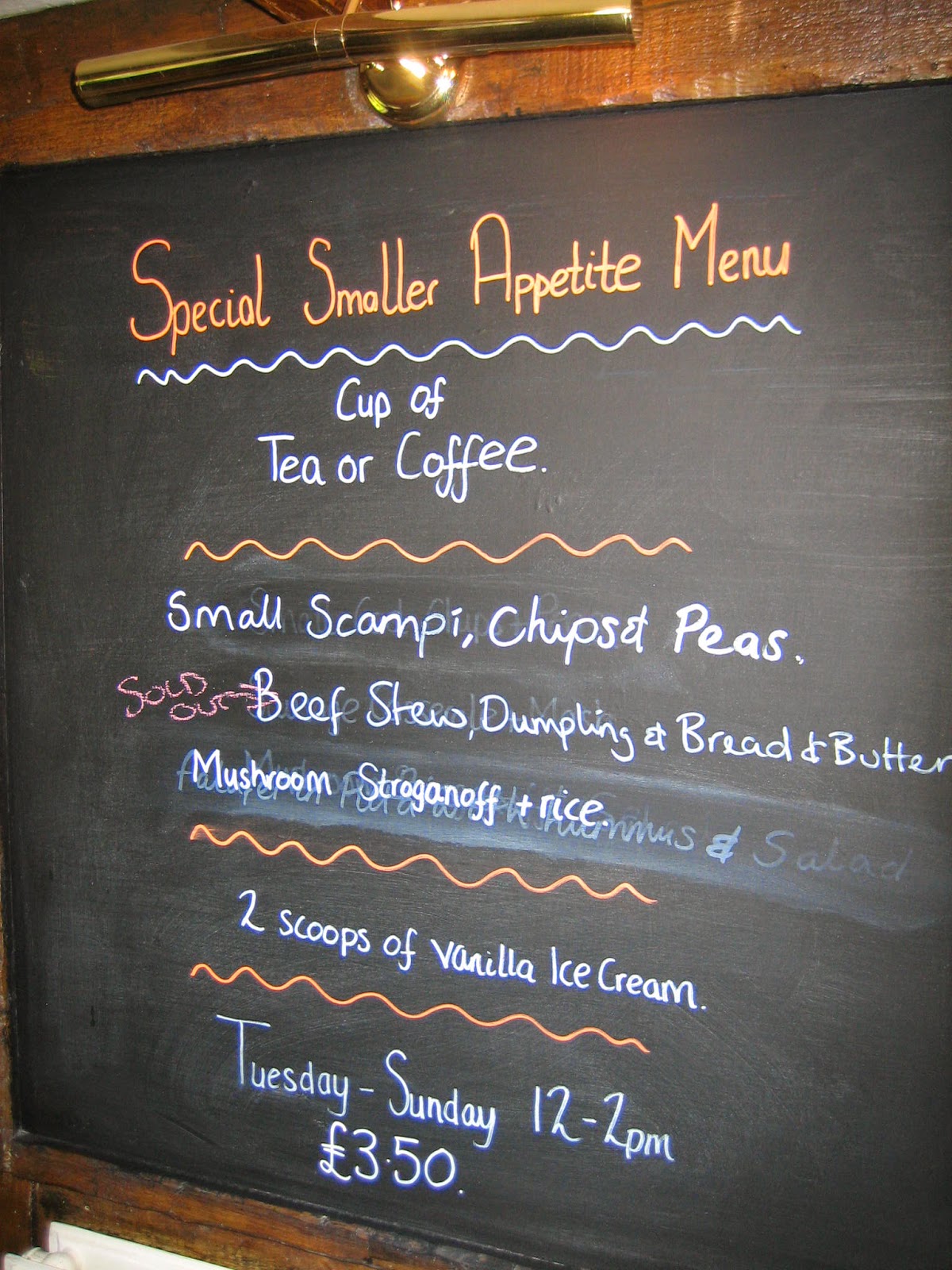 Yes, you read correctly, £3-50 for 2 courses!  Would anyone like to see on past CER reports, if that is an all-time bargain?  While portions were tasty but small, with limited choice, there was enough to eat for a hot summer ride.  I suspect we have overlooked this pub before, as it’s too close to the nearest Meeting Cafes of the ICF or Utkinton.  But I think the 4 of us would all recommend it again, maybe riding from the Little Roodee or Alwyn.
Having promised riders a 50 miler on a sunny day, we all felt short-changed arriving at the pub with only 21 miles covered and a shorter route home.  So with my very able deputy Trevor and assistant-deputy ride-leader George, we added more miles by returning north through Tilston, then west through Farndon, Churton, Tattenhall to the ICF, where Brian stopped for afternoon tea and the others returned to Chester.  Later on in Kelsall, I was map-checking when who should jump out in front of me, but Glennys.  Invited back for tea with John, we caught up on old rides and old riders; sadly some no longer with us.
Back at Manley Mere with 53 hot miles on the clock, I reflected on a classic Chester EASY ride...........average of 13mph, plenty of puff to chat, gloriously sunny day, light wind, capped by a £3-50 two-course lunch.  What more could you ask for?
BMac