The Tuesday ride was a very brisk, 89 miler lead by Paul at a cracking 16.5 mph pace; so I was looking for a bit of relief today but I didn’t get any. Five of us (Ray, Ivan, Tom, Alex and myself) set off bound for Jodrell Bank. Alex joined us for the first time today and hopefully he will return in the future. The ride has been done before, but I felt sure I could tweak it on the fly. So we were soon out flying through Eaton on our way to Winsford. Despite shimmying around the town, we still had to deal with the big roundabout over the Weaver, but there is a way to miss it by using the cycleway underneath it! This brought us out at the Bottom Flash section of the NCR 5. An upward path came into view, which quickly turned in a 25% so we all ground to a halt in the wrong gear. Onwards out through Clive Green, we circumnavigate Middlewich through the unending housing estates exiting on NCR 71 to Brereton Green. Ignoring the next section of cycleway (which is a poor track) we end up ambling down the private road to a certain person’s ancestral home (aka Davenport Hall).
This is a lovely route over the Dane river valley exiting into Swettenham village. We take Sandy Lane, and over the ford, before circling around to Lower Withington and on to Jodrell Bank visitor centre itself at 27 miles ridden. 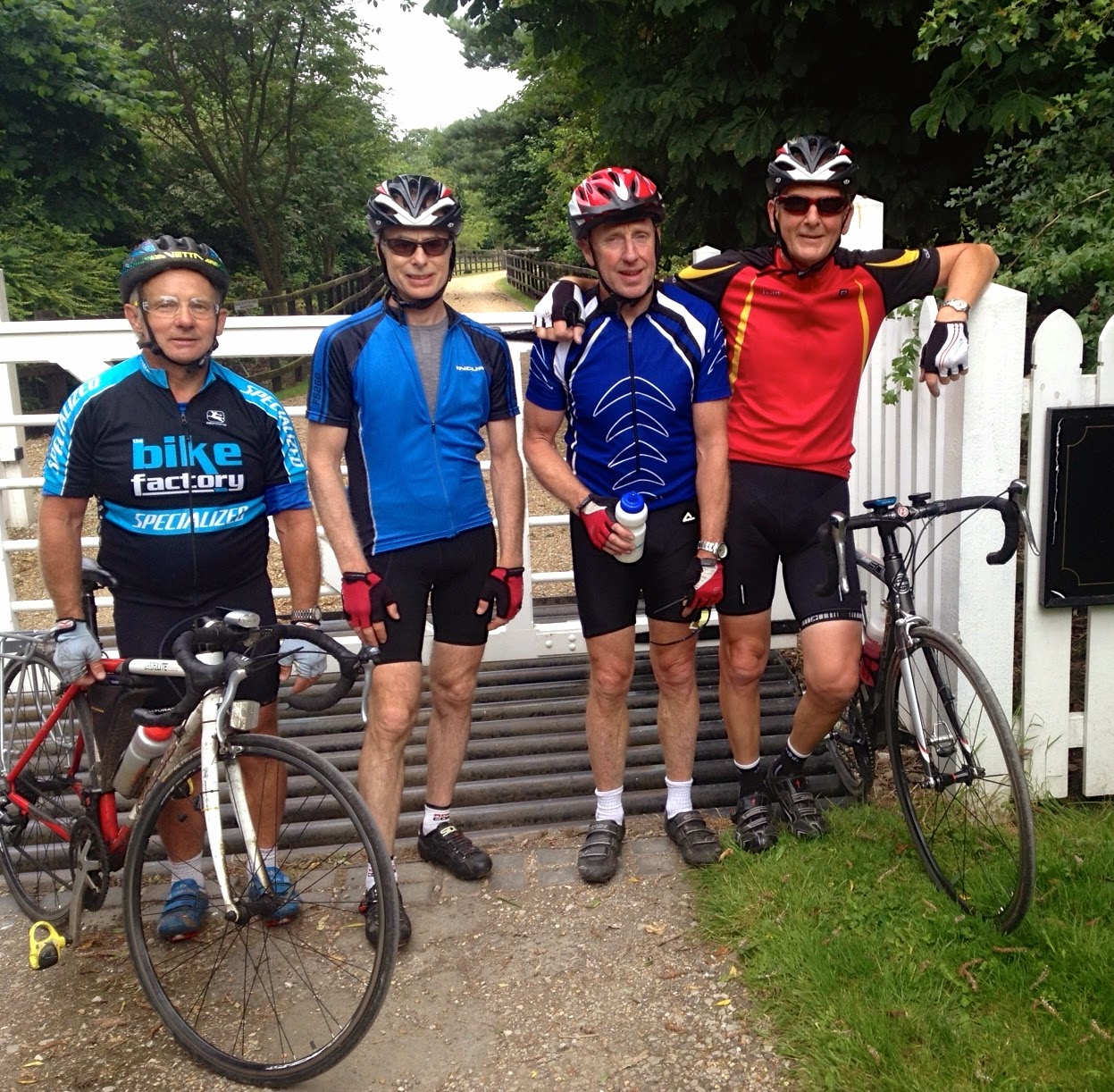 The cafe was not serving hot food today due to a kitchen upgrade, but, as ever, the food was of excellent quality. The return route beckoned, so we set off for Goostrey then Rudheath Woods and down the eponymously named Sandy Lane to bypass a little of the main road; then heading for Lach Dennis and Davenham. Crossing the main A556 at the Hartford turn, we take the counter direction footpath, and, at the railway bridge, take the cut through to Hartford Station. Littledales Lane leads to Hodge Lane and eventually Norley Bank. A short burst then finds us at Delamere Station cafe.
The route back to Rose Farm is now due south and rounds off at 52 miles. As none of us need to go there, we grind up the Eddisbury Hill bypass, speed down the old Kelsall main road, though Hollowmore Heath to Guilden Sutton and the Greenway. Only 80+ miles today!
See route map and/or gpx file download.
CA