Today was the first day that bare legs and arms were possible, so, what’s not to like about nearly 80 miles of Cheshire countryside in the sunshine. There were a lot of us at Holt, so a foursome (Ivan, Steve, Tom and myself) set off as the "Brisk Group" bound for Bradfield Green – “Where?” - was the universal cry. North of Leighton Hospital – “Ah, I know where you mean now!” I had led a ride to this destination not quite 2 years ago, so I used the existing gpx plus a few mods on the fly. So up the A534 to Cock o’ Barton and a fast run to Tilston where we turn down Duckington Lane in formation. Around the delightful shoulder of Larkton Hill, we head out for Cholmondeley Castle. Here we go off-piste via the lanes to Bickley Town crossing the A49 at Higher Nab. We loop off the NCR45, past the Cotton Arms and out through Wrenbury bound for Sound Green. Off Mickley Hall Lane, we stop briefly at the Hack Green Secret Bunker tourist attraction (we were the only ones apart from some workmen) before heading north to Nantwich. 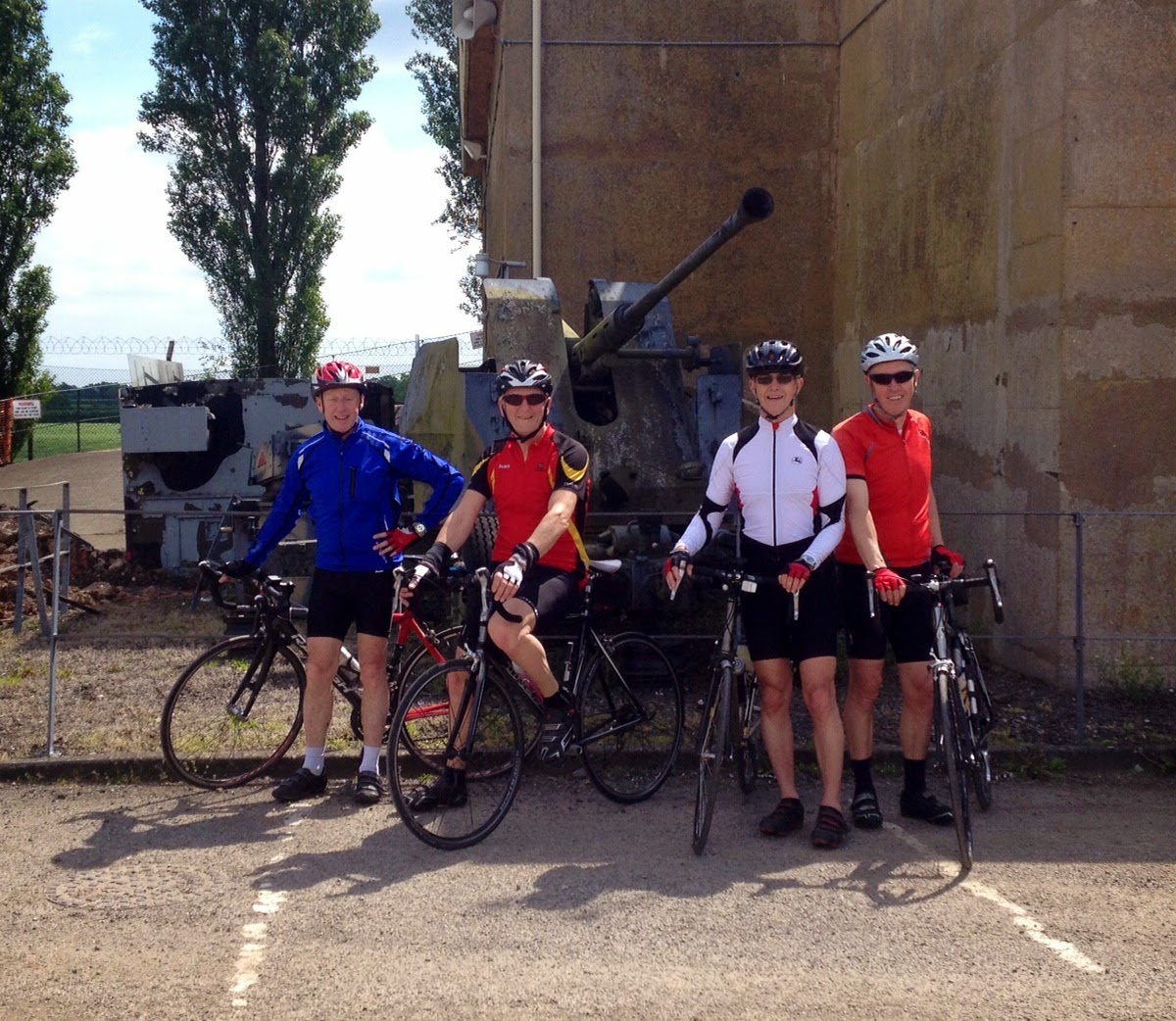 There is no pretty way to easily avoid Nantwich if you want to go due North that is, but we tour round around Nantwich Lake and the Weaver meadows before dragging through suburbia to the Sainsbury’s roundabout on the A51. Ivan’s sister, who lives locally, says there is a new cycleway to Middlewich running parallel to the A530 and she is correct. It’s a wide path that runs for about a mile. We then cross the road and explore its extension which unhelpfully goes NE and we want N. We find our way back via a housing estate to the A530, then past Bentley Motors and Leighton Hospital to the Coach and Horses pub. The pub didn’t disappoint 2 years ago and it didn’t today either - definitely the best pub chips around.
After the long repast (it was 31 miles) in which we covered world events from the AZ-Pfizer deal to potato stealing by railway employees, we head off bound for Church Minshull. Tilly’s is in prospect, but seeing we are going to arrive quite early, I add a loop in on the fly via Tilstone Bank just to warm up the legs before tea and cakes. The route back to Holt would be straightforward and rounds off at 58 miles, but as we all are Chester-bound, we head for Tattenhall where Steve heads for the hills and the three of us head for the Greenway. As I turn into the driveway, I’ve 79 mile on the clock, and no doubt Tom has a few more when he’s back in Connah’s Quay
See route map and/or gpx file download.
CA