Keith, Tom, Dave R, George, Martin and Steve assembled at Rose Farm facing a forecast of incessant rain for the day - quite a change from the hot temperatures Martin had faced on his recent cross-USA ride.  Jim who was there to collect subs, declined to join us on the ride, understandably given his drenching last week.  In view of the prospects, we elected for a relatively short ride to a reliably popular destination – the Bhurtpore Inn at Aston.
Accompanied by light rain we headed out eastwards, crossing the A49 at Cotebrook, skirting the walls of Oulton Park, making for Wettenhall and then Nantwich.  From there it’s a relatively short journey out on Route 74 to Wrenbury - in fact so short that we were in danger of arriving at the pub before opening time.  We opted to explore a few of the nearby lanes before reaching our destination at 12:30.  We weren’t the only ones to choose the pub as a party of 15 ramblers arrived at the same time.  Getting our orders in first, we were soon enjoying the curries, pies and other fare, washed down by the usually excellent beers. 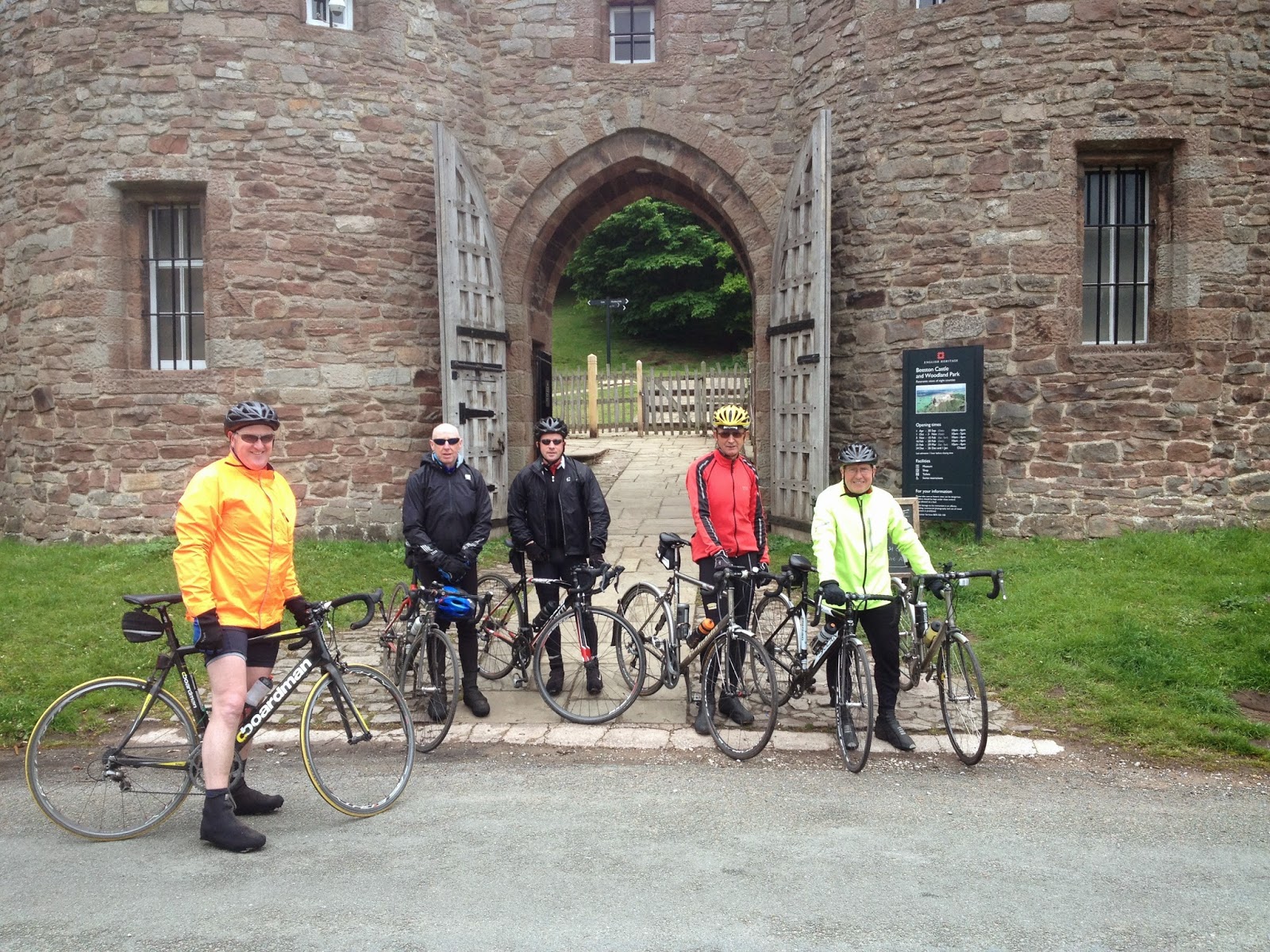 Surprisingly the weather was dry as we left Aston, heading northwards through Chorley and crossing the Nantwich-Wrexham road at Brindley, to make for Tilly’s in Bunbury.  Coffees, teas and chocolates consumed we struck out again under dry skies to assemble outside Beeston Castle for our photo.  We crossed the Shropshire Union Canal by the Shady Oak, travelling through Huxley to Clotton where we said goodbye to George and Dave, finally arriving back at Rose Farm just before 3:30, luckily half an hour before the heavens opened.
A much better day than the forecast had predicted, we covered around 42 miles.
See route map and/or gpx file download.
SH