I was a little late arriving at the Gallery Café at Hawarden after a front flat tyre passing aerospace. The Dynamic Tandem duo had even finished their coffee so they were very early today!
George was leading out for the Mod's and he advised it was going to be a slow ride to the Eagle and Child. This was taken as go your own way, so Tom and I set off on my route to Bodelwyddan and the Ty Fry Inn, not as quoted in the mod blog as Tai Bar, the Welsh pronunciation. It is surprising when we read the blogs, as their route was similar to ours.
Tom and I set off and via Wood Lane to Buckley. Crossing the Mold road and through Mynydd Isa and New Brighton. This route also avoids the A55 when heading to the Halkyns and Rhosemor. The views on the top provided us with clear views of the estuary and Liverpool. Heading towards Lixwm and the infamous climb out Tom advises he did this Tuesday with Clive and co.
Stopping on the top of the hill at Tremeirchion we had views of Snowdonia and the North Wales coast line from St Asaph to Llandudno.
There is then a good down hill run to Alt Coch crossing the St Asaph road. We then had to climb again going over a bump before dropping down to the Gates to the castle on the B5381.
From this point it was an enjoyable down hill roll to our lunch venue the Ty Fry. A good choice with a 2 for 1 menu and we enjoyed succulent gammon steak, egg and pineapple with chips and salad all for £4.00 each. 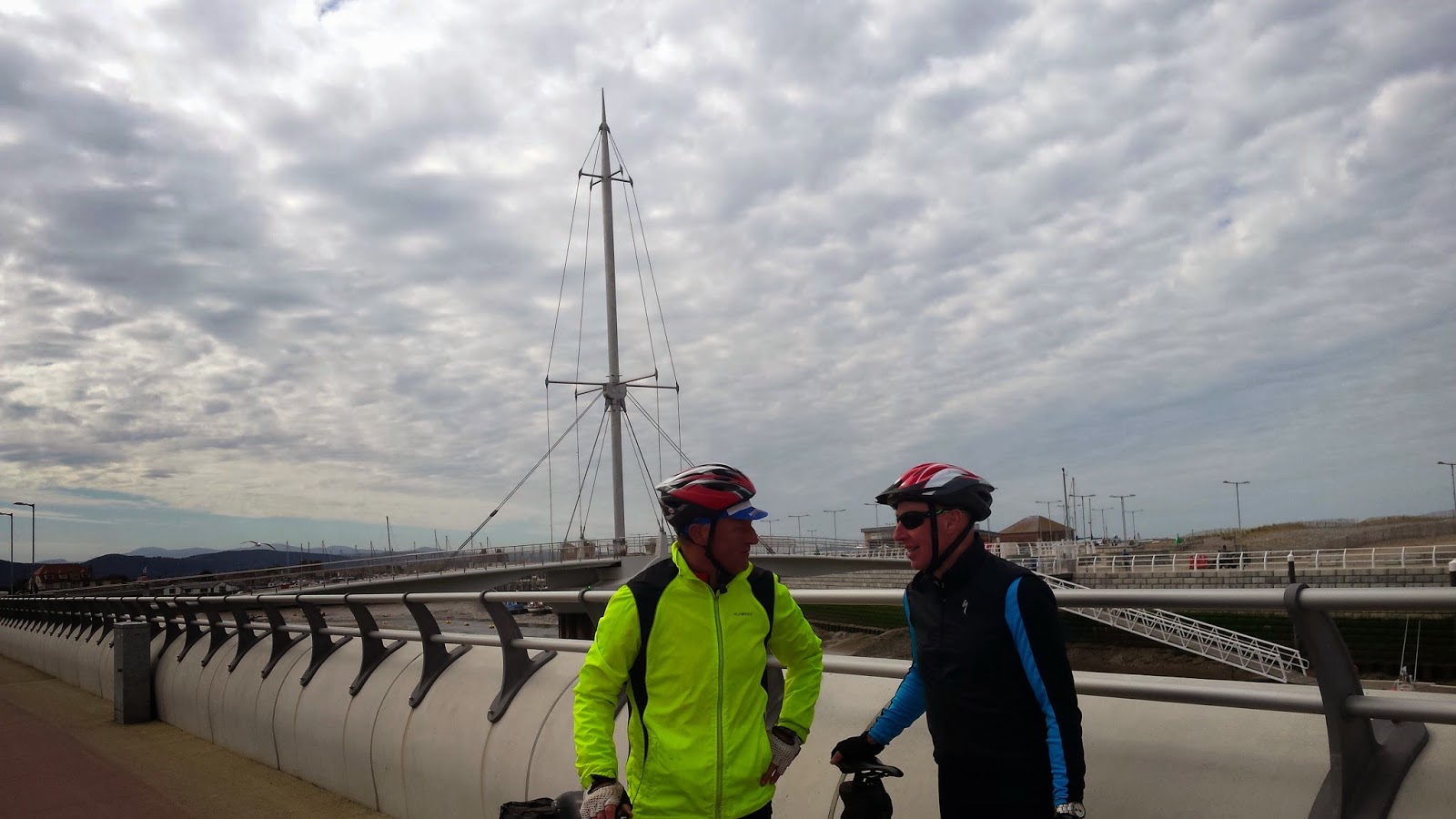 The ride was then a flat run into Kimmel Bay and along the sea front. We took a photo shoot on the newly opened bridge for route 5 and met up with Mike G who had been out with his brother and was returning on his way home.
Along the sea front passing Rhyl and Prestatyn before turning to Gronant and up the hills again. 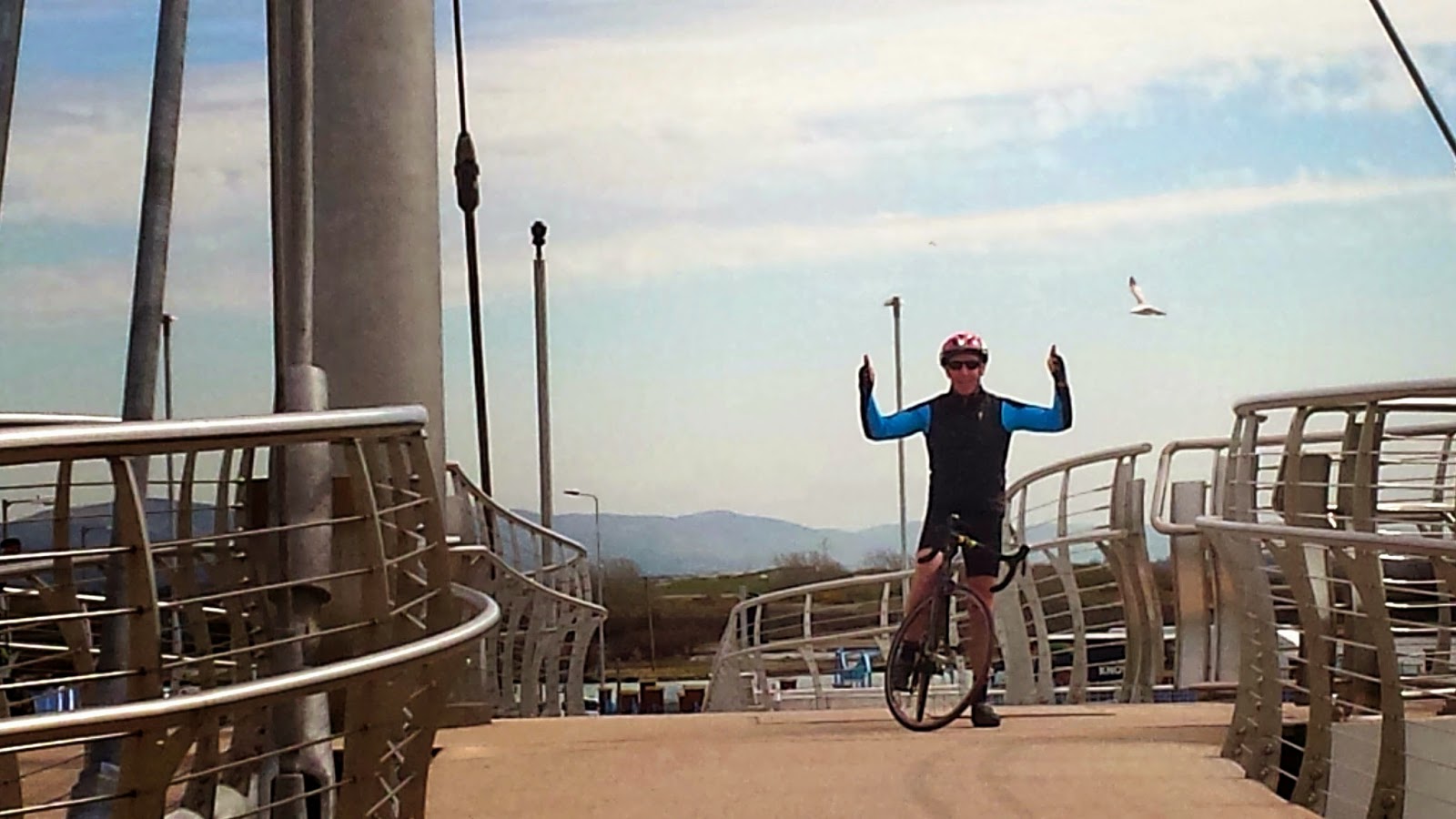 We followed route 5 all the way to Halkyn and Northop before catching up with the Mod's near Ewloe.
Tom bid me farewell before the roundabout and turned towards Shotton and I rode on through Hawarden and home.
A good days ride of 85 miles to and from Chester or 65 for the round trip from Hawarden and 5,510 feet of ascent.
ID