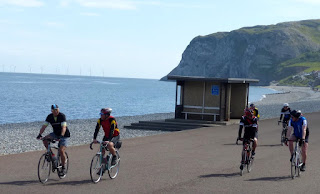 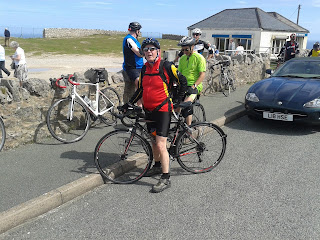 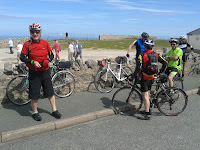 As I cycled down to Nino’s restaurant in Rhos to lead the moderates on their cycle excursion of the Conwy valley I came across Jim contributing very generously to my local council tax. At Nino’s we were joined by Paul, George, Keith, Dave H and Steve T. All enjoying the rare fine weather we get in this part of the UK. After presenting Dave H with a copy of ‘Welsh with Ease’ so that he could learn some of the local language on his visit and he didn’t feel he was in a strange place, we were joined by Brian Mac, Darren and members of the brisk group Clive, Ray, Tom and Ivan. 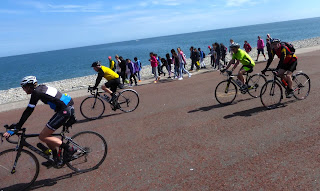 On time, nine of us mods set off in the direction of Llandudno and the Great Orme taking in St Trillo’s chapel and the Little Orme. We enjoyed the freedom of cycling on Llandudno promenade and were entertained by a Punch and Judy show prior to joining Marine Drive to take us around the Great Orme. At its Head we enjoyed fine 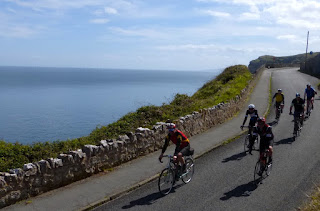 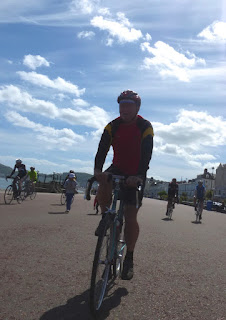 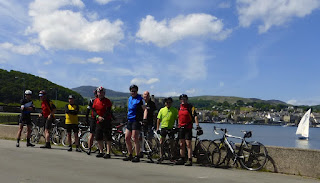 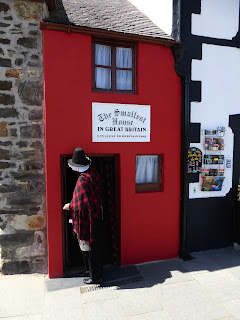 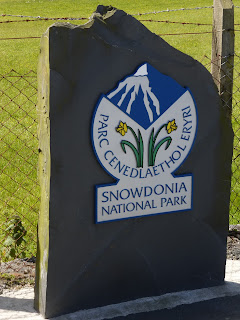 views across to Anglesey, these continued whilst dropping down to Llandudno West Shore including those of the north Wales coast and the Conwy estuary. We took the A546 to Deganwy and at the railway station joined the cycleway round the Conwy estuary that took us across the headland over the A55 road tunnel and onto Conwy harbour.  From the harbour we joined the one-way system and cycled past the castle, then onto the B5106 to Gyffin. From there we took minor roads to Henryd and Rowen joining the B5106 north of Tal-y-bont that took us to our lunch stop at Trefriw.  We lunched at The Old Ship (Yr Hen Long), where we enjoyed good food and fine real ales. 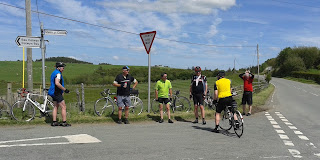 After lunch we took Gower Road from Trefriw to Llanrwst crossing the Afon Conwy via a pedestrian suspension bridge. In Llanrwst, Darren decided he would like to extend his ride so he went off in the direction of Nebo. The remaining eight of us took the A548 towards Abergele with two and a half miles of gradual climbing. At the summit we rested and took in the distance views of the Snowdonia mountains before joining the B5113 to take us back towards Colwyn Bay and Rhos on Sea. It was an undulating section of road with cool westerly winds. After about 6 miles we turned right and took some minor roads I knew eventually joining the B5381 at Dolwen dropping down to Llandullas via Rhyd-y-Foel. At Llandullas Jim incurred a puncture and we bade farewell to Brian Mac who was to take the train back home via Pensarn. From Llandullas the remainder took Sustrans Route 5 along the coast where we were able to observe fine coastal views on our travels back to Rhos. Overall we cycled 48 miles with about 4,000 feet of climbing.
MG